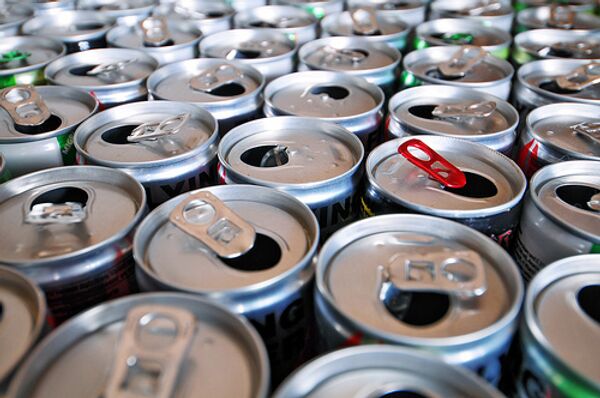 A group of lawmakers from the lower house of the Russian parliament have introduced a bill that would ban sales of energy drinks in Russia.

MOSCOW, December 19 (RIA Novosti) - A group of lawmakers from the lower house of the Russian parliament have introduced a bill that would ban sales of energy drinks in Russia, the State Duma website said on Tuesday.

According to LDPR party members who authored the bill, many Russians, especially young people, may develop health troubles because of uncontrolled sales of caffeine-rich soft drinks and low-alcoholic beverages.

"The excessive consumption of energy drinks may have a negative impact on a person’s health. According to doctors, many consumers of energy drinks can, for example, become addicted to them, which, in turn, may exacerbate the existing mental health problems,” authors of draft said in a summary of the bill.

A co-author of the project, Ilya Drozdov, said that certain Russian regions, including the North Caucasus Republic of Chechnya, have already banned energy drink sales at the regional level.

Several similar initiatives have either been rejected or are pending at the State Duma, he said.

“In our draft we tried to fix all flaws that were in previous versions,” Drozdov said. “We hope that other State Duma factions will support the bill and it will be adopted during the spring session.”