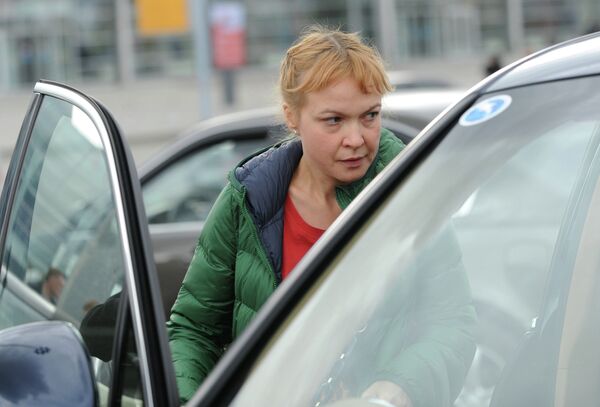 © RIA Novosti . Pavel Lisitsyn
/
Go to the mediabank
Subscribe
International
India
Africa
The head of a prominent news agency in the Urals region, Aksana Panova, has been charged with extortion in connection with alleged "information attacks" on organizations and individuals, a spokeswoman for the regional investigations department said on Wednesday.

YEKATERINBURG, November 7 (RIA Novosti) - The head of a prominent news agency in the Urals region, Aksana Panova, has been charged with extortion in connection with alleged "information attacks" on organizations and individuals, a spokeswoman for the regional investigations department said on Wednesday.

Panova’s Ura.ru agency confirmed the report in its Twitter account. Under Russian law, extortion is punishable with a prison term of up to 15 years in prison.

“The questioning is over. Today, in the presence of her lawyers, Panova was charged with committing a crime that falls under the… article 163 of the Russian Criminal Code, which is extortion. [She was charged with] one count,” Tatyana Vasilyeva said.

Police suspect the Ura.ru agency of launching the “information attacks” and then demanding money in exchange for silence. The agency denied all the charges.

Vasilyeva said that Panova is suspected of extorting money from the head of the local TV channel, Anton Stulikov.

Panova was released after signing a written pledge not to leave the city.

Ura.ru was established in 2006 and is co-owned by Panova and Austrian company BF TEN Holding. It is the most cited regional news agency in the key industrial region of the Urals. It made its reputation by taking on the local authorities, including a succession of governors, prosecutors and police chiefs, and accused the law enforcement agencies of harassing local businesses.

It also staunchly supported Yevgeny Roizman, the former federal legislator behind the controversial City Without Drugs foundation, known for its heavy-handed approach to treating drug addicts and relentless crackdown on drug-related crime in the Urals.

Ura.ru received official state warnings over extremist comments left on the site by users in 2008, and faced power-shutdown threats in 2010. In August, Panova sued mobile operator MTS, claiming that it allowed police to wiretap her phone conversations without a court order.