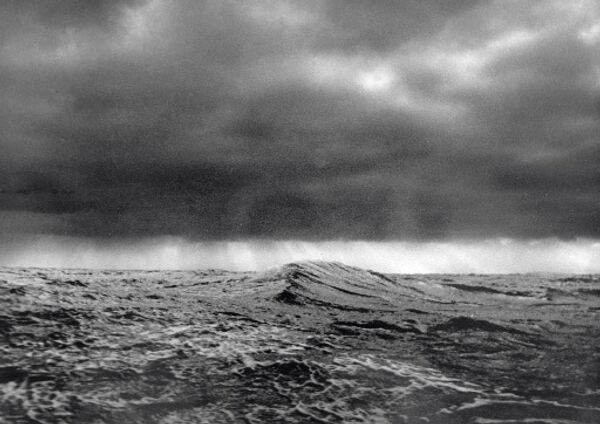 © RIA Novosti . Oleg Makarov
Subscribe
International
India
Africa
Three strong weather systems are on an ominous collision course for the eastern United States next week that could create the worst storm to hit the region in 100 years.

Three strong weather systems are on an ominous collision course for the eastern United States next week that could create the worst storm to hit the region in 100 years.

“It really could be an extremely significant, historic storm,” Brian McNoldy, a senior researcher at the University of Miami’s Rosenstiel School of Marine and Atmospheric Science, told the New York Times.

Hurricane Sandy is headed from the south, a winter storm is approaching from the west, and cold air from the north could create a triple combination that is expected to hit early next week and bring high winds, snow, flooding and massive power outages.

Hurricane Sandy pummeled Haiti and Cuba on Thursday, and slammed into the Bahamas as a category 2 storm with 100 mph (161 kmh) winds on Friday. It was blamed for at least 29 deaths across the Caribbean.

Sandy was predicted to pass by the US North Carolina Coast and make landfall somewhere between Virginia and New England on Monday or Tuesday.

The rare convergence of three separate severe weather patterns merging in a densely populated area pushed damage predictions into the billions of dollars, and prompted state and local governments to begin emergency preparations.

"What we are doing is we are taking the kind of precautions you should expect us to do, and I don't think anyone should panic," New York City Mayor Michael Bloomberg told reporters.

Massachusetts told power companies to submit their storm plans to the state by Friday.

A spokesman for Connecticut Light and Power told CBS News the company was “getting our resources ready, making sure our people are ready, getting everything in order.”

“Everybody along the US East Coast needs to be paying attention to this right now,” National Hurricane Center meteorologist Dennis Feltgen told the New York Times.

Forecasters said New Jersey and the New York City area could see around five inches of rain and winds of up to 40 mph (64 kmh). Interior states including Ohio, Pennsylvania and Virginia could get snow.

"We don't have many modern precedents for what the models are suggesting," National Oceanic and Atmospheric Administration forecaster Jim Cisco told the Associated Press.

"It's almost a weeklong, five-day, six-day event," he said. "It's going to be a widespread, serious storm."

The timing of the storm, expected to hit around Halloween, could linger and disrupt last minute presidential campaigning and early voting. Election Day, in what has become an extremely close race is set for November 6.