New Railcars On Track for Washington DC in 2014 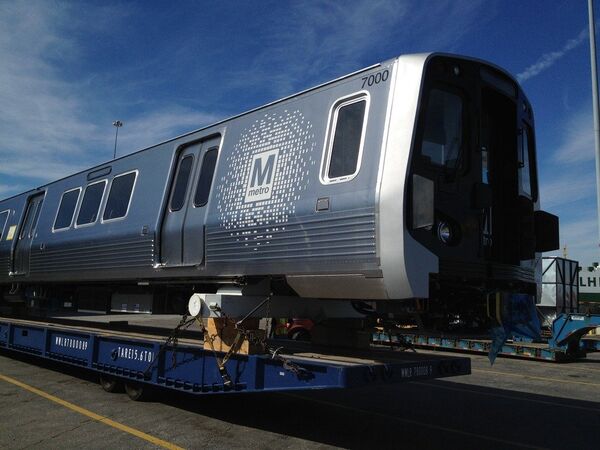 © Photo : Metro
Subscribe
One thing is true about the US capital city – Washington DC – change doesn’t come easy. But in the not too distant future, there is going to be a pretty big change, as the oldest subway cars in the area’s aging metro system will be retired, and replaced by a safer, sleeker, more reliable fleet of trains in 2014.

One thing is true about the US capital city – Washington DC – change doesn’t come easy. But in the not too distant future, there is going to be a pretty big change, as the oldest subway cars in the area’s aging metro system will be retired, and replaced by a safer, sleeker, more reliable fleet of trains in 2014.

“These new railcars represent the next generation of a Metro that will continue to expand and grow with the region in the decades ahead,” said Metro board chair Catherine Hudgins, as the subway system unveiled a full-scale mock-up of the new railcars this week.

The new 7000-series trains represent the largest investment ($765 million) that Metro has made in its fleet since the rail system opened in 1976.

“For all that Metro does to keep government running, get people to work and get cars off the road, this investment in Metro is about safety. These new 7000 series cars are the next generation of safer cars to ride the rails of Washington’s Metro,” said US Senator Barbara Mikulski.

The new trains will have closed circuit television cameras for added safety and security, LCD map displays that will allow riders to easily identify their next stop, electronic screens that display station information, improved seats, nonslip flooring, wider aisles and more room, which are “all things we hope will help with customers commutes,” said Metro spokeswoman Caroline Lukas in a telephone interview.

The railcars will also have stainless steel exteriors for increased durability, as opposed to the aluminum exteriors that the older 1000-series are equipped with.

Customers preferences were taken into consideration when building the new railcars which helped “shape the design stylistically, from the color palate to the lumbar support on the seats,” said Lukas.

The full-scale mock-up railcar that Metro unveiled is a prototype, and production of the 364 new cars is set to begin this winter in Lincoln, Nebraska. All of the older 1000-series train cars will be removed entirely once the project is completed.

Metro says it is updating its fleet not only for safety reasons, but also for the new “silver” line that is currently being built. The new Metro route will expand service to more regions in Virginia. Over 100 new 7000-series trains will be used for this portion of the project.

Metro serves the Washington DC area, including Maryland and Virginia with 86 stations and 106 miles of track.

Metro says about 1,000 new jobs will be created nationwide because of the new railcars.