Russian Priests to Take On Church Enemies in Polls 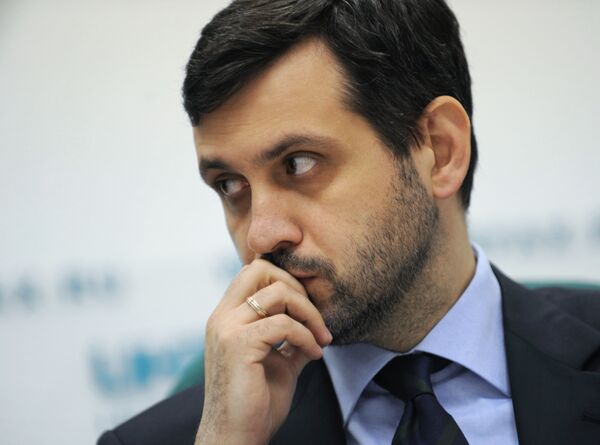 © RIA Novosti . Vladimir Vyatkin
/
Go to the mediabank
Subscribe
International
India
Africa
The Russian Orthodox Christian Church will allow clergy to participate in elections where there are anti-church parties or candidates running for office, a church spokesman said on Thursday.

The Russian Orthodox Christian Church will allow clergy to participate in elections where there are anti-church parties or candidates running for office, a church spokesman said on Thursday.

“If a political movement lists countering the Russian Orthodox Church as among its goals…only in this case, with the blessing of the Holy Synod or the Synod of a self-governing church, a particular man may, as an exception, join a legislature,” Vladimir Legoida said.

The same applies to positions in the executive, he said.

The Russian Orthodox Church's bishops' council decreed in 2011 that priests would be allowed to run for office to protect church interests.

But it provided few details concerning the applicable rules and procedures, other than requiring a cleric to seek the Holy Synod’s sanction beforehand.

This sanction would not be granted automatically, Legoida said. Moreover, priests would not be allowed to become a party member even if they run for office on a party list, he said.

No Orthodox Christian priests have so far won legislative posts in Russia, though a handful were employed as independent vote monitors in the parliamentary elections in December, reporting violations that benefitted the Kremlin. Church leadership later prohibited priests from serving as vote monitors without explicit permission from their superiors.