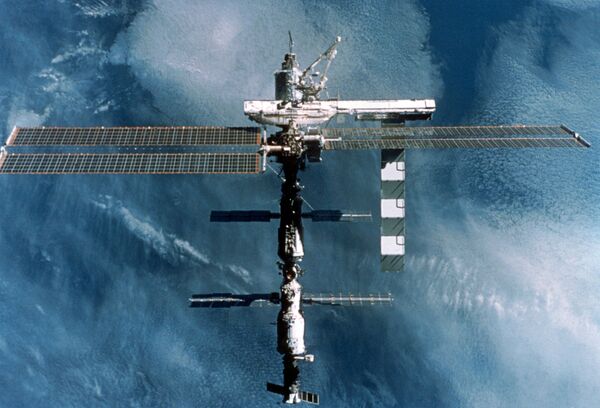 The mission will feature a two-man crew and will be twice as long as typical six-month trips.

“The principal decision has been made and we just have to coordinate the formalities,” the head of Roscosmos manned space missions Alexei Krasnov said.

“Two members of the international crew, a Russian cosmonaut and a NASA astronaut will be picked to carry out this yearlong mission,” the official said.

Krasnov added that a scientific program for the marathon mission had already been tailored.

“If the mission proves to be effective, we will discuss sending year-long missions to ISS on a permanent basis,” he said.

A one-year mission on the International Space Station would certainly give scientists the opportunity to observe some of the longer-term effects of spaceflight beyond what crews have reported to date, and prepare for future manned missions to Mars and beyond.

The ISS program is a joint project between five participating space agencies: the American NASA, the Russian Federal Space Agency, the Japanese JAXA, the European ESA, and the Canadian CSA.

The station has been continuously occupied for more than 11 years, having exceeded the previous record of almost 10 years held by Russia’s Mir, in 2010.

The ISS is currently home to six-member multinational crew.

Russian cosmonaut Valery Polyakov spent nearly 438 consecutive days in space during an endurance mission aboard the Mir Space Station. The mission began in January 1994 and ended in March 1995.

Last year, six volunteers from Russia, Europe and China completed the unique Mars 500 experiment simulating a manned flight to the Red Planet. They spent 520 days confined in a capsule set up at a research institute in Moscow.