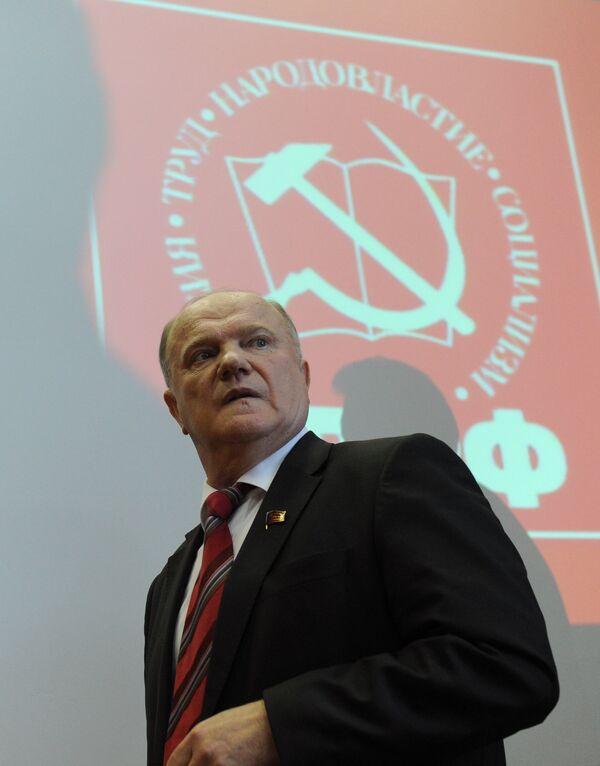 “The American ambassador to Libya was shot like the lowest dog. He was the main expert on the Libyan ‘revolution.’ He reaped what he sowed,” Zyuganov, leader of the second largest political party in Russia, tweeted on Monday.

U.S. Ambassador to Libya Christopher Stevens was killed along with three colleagues when rioters attacked the U.S. consulate in the Libyan city of Benghazi on September 11, after protests about the film The Innocence of Muslims.

That response will come whether the presidential election is won by incumbent President Barack Obama or his Republican rival Mitt Romney, the source added.

Parfyonov told the daily his responsibility only covers technical aspects of the Twitter account, and all tweets are dictated personally by Zyuganov.

“We type in what Gennady says word-for-word and do not make anything up,” Parfyonov said.

Zyuganov would face the most severe sanctions if the U.S. presidential race is won by Romney, who is known as a vocal critic of Russia and who recently named the country “the number one geopolitical foe” of the United States, Kommersant said.