Search Made at Business of Opposition Leader's Parents 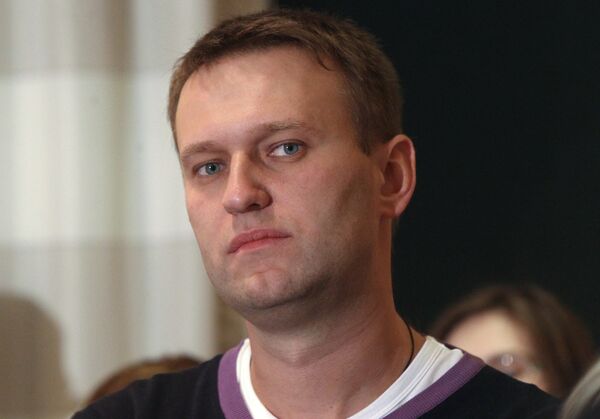 His parents own a wicker factory in Russia’s Odintsovo district, just outside Moscow.

“As far as I understand they are looking for documents related to the ‘criminal group’ Navalny has created in Kirov,” he wrote, adding that the search was conducted by Russia’s Investigative Committee.

The Investigative Committee confirmed the search report, saying that Navalny is one of the factory co-founders.

Investigators are looking for documents and other items that could point to Navalny’s “illegal activities in 2009,” the committee said in statement posted on its website.

On July 31 the Investigative Committee formally charged Navalny with “grand embezzlement” under a criminal code statute that calls for up to 10 years in prison.

In early August the Prosecutor’s Office in Russia’s central Vologda Region urged the court to rule as extremist flyers masterminded by Navalny that criticize the ruling United Russia Party.

Navalny, who launched the Good Truth Machine propaganda campaign in late May, has issued opposition flyers available for download on his Web site. The leaflet shows a table with utility price tariffs in several Russian regions. The utility prices directly correlate with the loyalty that a region’s residents showed to United Russia at the parliamentary elections on December 4, 2011.

The prosecutors say that the leaflet contains “deliberately false information,” linking hikes in utility prices with the number of votes cast for United Russia in different regions.

In mid-June, Navalny urged his supporters to write or stamp political slogans on banknotes. Banknotes with Navalny's trademark slogan - "United Russia is a party of crooks and thieves" - began appearing at the end of last year.

Navalny reckons that if 5,000 people each stamp 100 banknotes, then every citizen in the country will come across such a banknote at least once.