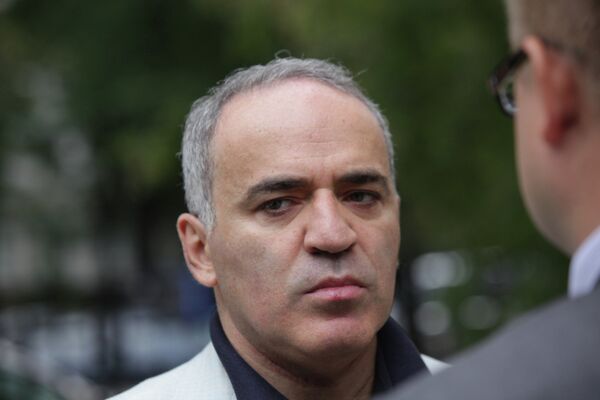 Ex-world chess champion turned Kremlin critic Garry Kasparov was cleared on Friday of taking part in an unauthorized protest against the conviction of the all-female punk band Pussy Riot.

He described the ruling as an "important victory" which would "send a signal" to other courts.

Kasparov, 49, was detained with several other opposition activists outside a Moscow court where three members of Pussy Riot were sentenced last week to two years in prison over an anti-Putin protest in the Russian capital's largest church.

He was giving interviews to journalists when riot police pounced on him and hauled him into a van, where he was allegedly beaten.

Critics of President Vladimir Putin have frequently been convicted of protest-related charges.

Kasparov himself spent five days in jail for his part in an unsanctioned rally in 2007.

Judge Yekaterina Veklich said on Friday there were "no grounds to believe the testimony of the police."

Under a controversial new law that increases the maximum fines for protest-related offences, a guilty verdict against Kasparov could have landed him with a fine of up to 30,000 rubles ($950).

He could still face criminal charges over a police officer's claims that the opposition leader bit his finger while he was being detained.