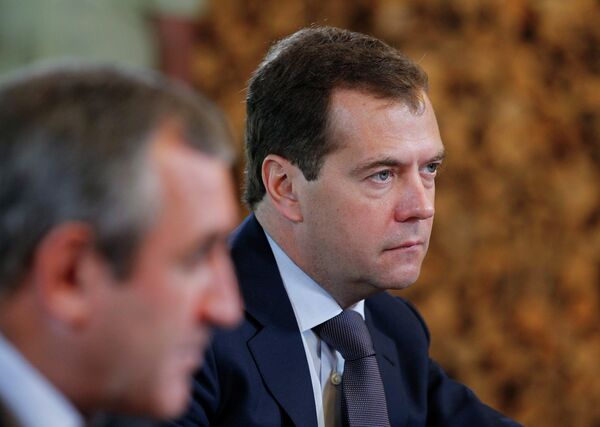 "There should be responsibility before the party, and therefore people who trust the party,” Russian media quoted Medvedev as saying during a meeting with five candidates to the post of United Russia’s Central Executive Committee head.

“Our party members and leaders are not saints at all,” Medvedev said. “We should make decisions if such problems emerge. If some people who accidentally became party members behave in a way that throws a shadow on the rest in the party structures, we should get rid of these people.”

United Russia’s image has suffered a serious blow as a result of last December’s parliamentary vote, in which United Russia gained almost half of the vote and which the opposition says was marred by massive fraud in favor of the pro-Kremlin party.

Large-scale protests took place across the country following the elections, with demonstrators demanding that the vote results be canceled and a new election held.

Medvedev took over the party leadership from Vladimir Putin when Putin returned to the Kremlin in May, replacing Medvedev as Russia’s president.

Unlike Putin, who led the party without being its member, Medvedev has officially joined the party and has promised to work to improve its tarnished image.

United Russia currently enjoys support of 44 percent of Russians, according to the latest public opinion survey conducted by the state-run VTsIOM pollster on July 21-22.