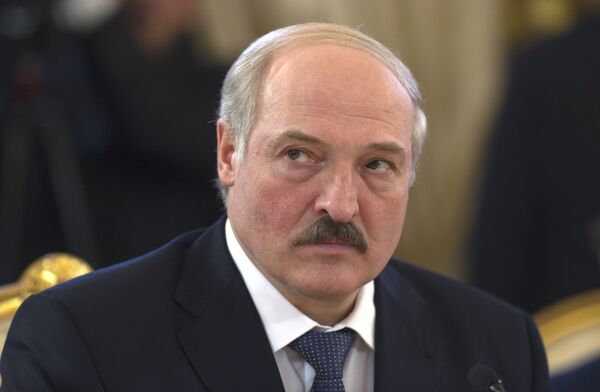 Belarusian President Alexander Lukashenko admitted on Thursday that a small Swedish airplane entered the country’s airspace to rain down hundreds of teddy bears.

“How do you account for a provocation by a single-engine airplane that didn’t just cross the border, but invaded Belarus’ territory scot-free?” Lukashenko said at a meeting with army top brass, BelTA.by state news agency reported.

This was the first time Belarusian officials admitted the stunt, carried out by politically conscious Swedish PR firm Studio Total.

Lukashenko said the air defense was aware of the plane’s unsanctioned flight, but did nothing to prevent it.

Belarusian air defense forces earlier denied a Swedish plane flew over the country and called the story a provocation.

The investigation into the incident is finished, and “staff decisions” will follow no later than Monday, the president said.

Belarusian secret services earlier detained the editor of the website that reported the teddy bear bombing and a real estate agent who earlier helped some Swedes from Studio Total rent an apartment in Minsk.