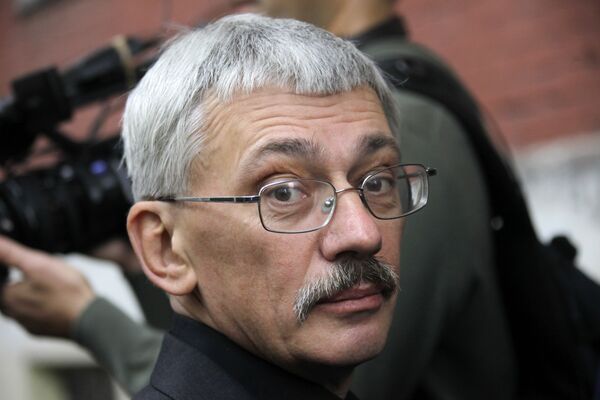 Russia’s two largest rights organizations will not comply with the law that classes them as "foreign agents,” the NGO’s heads said just hours after President Vladimir Putin signed the controversial bill.

Putin signed on Saturday a law forcing non-government organizations engaged in political activity with foreign financing to be branded as "foreign agents."

“It is ridiculous to think that we would reject foreign donations…It is not because it is hard to raise money in Russia, though we try and will try to do it, but because we don’t see it as a crime to receive grants from legal foreign organizations,” Oleg Orlov, the head of Russia’s Memorial Rights Activist Center, told RIA Novosti.

The Memorial will not register as a foreign agent, Orlov said, adding that the NGO “will make all the possible steps against this discriminatory practice” since it is “humiliating and stupid to go and register yourself as foreign agent.”

Another prominent Russian human rights activist, Lev Ponomaryov, of the For Human Rights organization, said that the new legislation “violated a number of international agreements that Russia had signed.”

Ponomaryov did not rule out that he would go to the Constitutional Court and to the European Court on Human Rights if he was brought to justice for non-compliance with the law.

Under the new legislation, NGOs would have to publish a biannual report on their activities and carry out an annual financial audit. Failure to comply with the law could result in four-year jail sentences and/or fines of up to 300,000 rubles ($9,200).