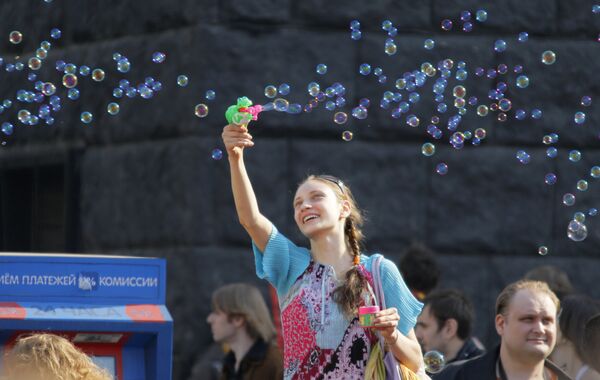 Enjoying life finally has a place on the world’s calendar, now that the UN General Assembly passed a resolution appointing the March equinox International Happiness Day.

Enjoying life finally has a place on the world’s calendar, now that the UN General Assembly passed a resolution appointing the March equinox International Happiness Day.

Not a single one of 193 members of the global body objected to the idea, the United Nations said on its website on Thursday.

The proposal was motivated by “the need for a more inclusive, equitable and balanced approach to economic growth that promoted sustainable development and poverty eradication, and the happiness and well-being of all people,” the resolution said.

This is not the first time the UN has turned to the elusive concept: in 2011, it passed another resolution on the matter calling member states to pay more attention to making their populaces happier.

The date for the celebrations is March 20, an equinox day when day and night are of equal length. It is also Nowruz, or “Iranian New Year,” and World Sparrow Day.

The Bhutanese index is based on factors such as psychological wellbeing, health, education, environment, governance quality and living standards of the populace.

The economics of happiness became a legitimate field of academic research in the late 20th century, and various happiness indexes abound. One of the most prominent is Gallup’s Global Barometer On Happiness, the 2011 edition of which showed 31 percent of Russians are happy, well below the global average of 40 percent, not to mention the leader, Fiji, where 85 percent of the populace is happy.

Russia also placed 122th among 151 countries in the latest edition of Happy Planet Index by the New Economics Foundation.