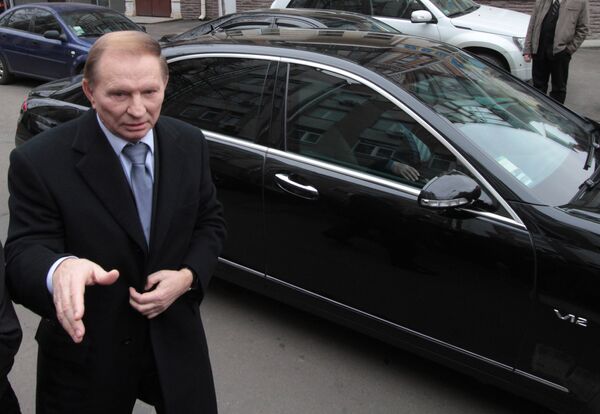 The court turned down on Tuesday an appeal from the Prosecutor General’s Office and upheld the legality of an Appeals Court decision in January to throw out a criminal case against former Ukrainian President Leonid Kuchma on suspicion of involvement in organizing the killing of journalist Georgy Gongadze in 2000.

Gongadze, who was a staunch critic of Kuchma, was shot dead in 2000. The main evidence of the ex-president’s guilt was a tape recording made by Mykola Melnychenko, a former security officer who claims to have secretly recorded conversations allegedly featuring Kuchma giving the order "to take care of" the journalist.

The tape however was dismissed as evidence since it had been gathered illegally.Gongadze’s widow Miroslava Gongadze will appeal to the European Court on Human Rights to demand a fair trial into her husband’s murder, the widow’s lawyer Valentina Telichenko said.

“Miroslava Gongadze will appeal to the European Court on Human Rights concerning the violation of the right for fair trial,” Telichenko said.

Ukrainian prosecutors on Tuesday opened a criminal case against Kuchma, the president of Ukraine in 1994-2005, on suspicion of involvement in Gongadze's murder.

Gongadze's decapitated body was found in a forest near Kiev in November 2000.

Kuchma has denied any involvement.

Pukach was arrested in the summer of 2009 and is now awaiting trial.

In September, prosecutors accused Yuriy Kravchenko, the interior minister in 2000, of ordering the murder. Kravchenko died of an apparent suicide in 2005.