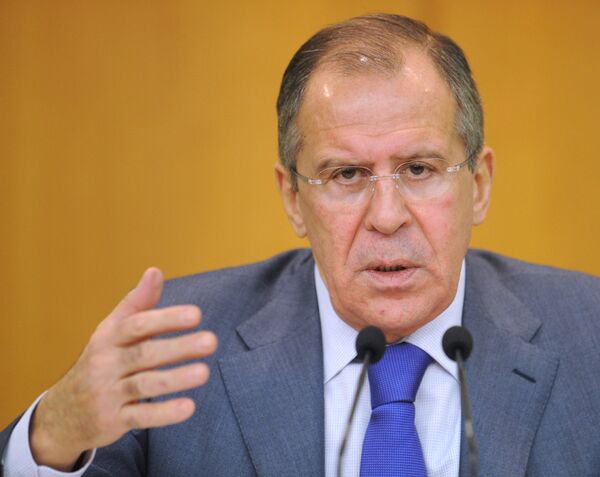 “We are not going to make any excuses because we did not breach anything. We violated neither international law, nor UN Security Council resolutions nor our national legislation on export control, which is one of the tightest in the world,” Lavrov said in an interview Rossiya-1 TV channel.

‘We supply armaments under contracts, which imply the purchase by Syria of primarily defensive anti-aircraft means from us, which may be needed only in case of an external aggression against the Syrian state,” Lavrov said.

“The contract was signed for the overhaul of Soviet-era helicopters, which were delivered to Russia and repaired and these helicopters were transported to Syria in a knock-down condition,” he said.

Lavrov reiterated again on Thursday that the helicopters were overhauled under a contract signed in 2008.

Speaking in an interview with Ekho Moskvy radio, Lavrov said the helicopters were being delivered in knock-down condition. “They need to be rebuilt, taking around three months. Sources saying the Russians have delivered helicopters which were used against demonstrators, this is a completely false position conjured up to create fear and put Russia in a bad light,” he said.