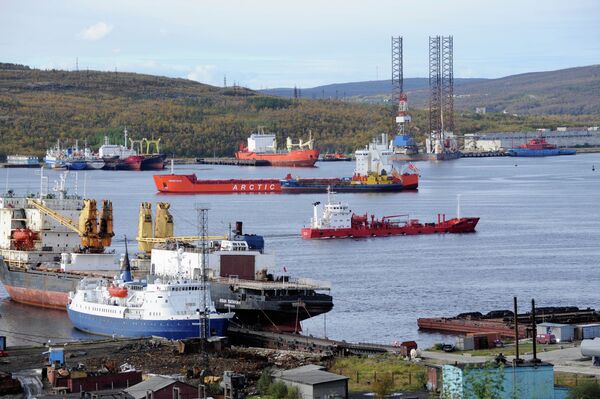 "While transiting the North Sea to the Atlantic, the ship-owner was informed that its third-party insurance cover had been withdrawn, and the classification agency in which the ship is located - although it is registered under a Curacao flag - demanded it go into a port for inspection. In order to avoid delay, it was decided to dock in Murmansk where it is expected on Saturday, for re-registration under the Russian flag," he said.

On Tuesday, Femco, the Russian shipping company which owns the Alaed, was told by its insurer, Britain's Standard Club, that cover had been withdrawn after the insurer discovered the ship was carrying weapons, in contravention of an EU arms embargo on Syria.

Russian Foreign Minister Sergei Lavrov reiterated again on Thursday that the helicopters were overhauled under a contract signed in 2008.

“The ship, about which much has been said…really did carry air defense systems and three helicopters which were overhauled under a contract signed with Russia in 2008,” he told RT television.

Lavrov repeated that this in no way contravened any international agreements or UN Security Council resolutions, and said the Alaed incident spoke about the “unreliability of the British insurance system.”

Speaking in an interview with Ekho Moskvy radio, Lavrov said the helicopters were being delivered in knock-down condition. “They need to be rebuilt, taking around three months. Sources saying the Russians have delivered helicopters which were used against demonstrators, this is a completely false position conjured up to create fear and put Russia in a bad light,” he said.