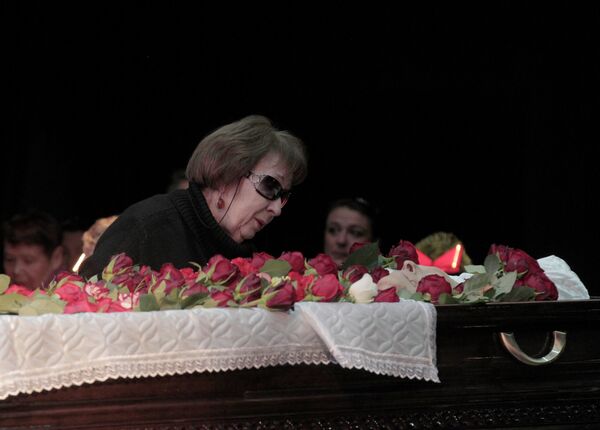 The Soviet-era crooner who won international acclaim when a 1976 clip of him performing on Soviet television became a YouTube sensation two years ago, died at the age of 77 in St. Petersburg on Monday night.

The "Trololo man" died following a stroke which left him with severe brain damage.

The burial service for the late star was held in a St. Petersburg cathedral, where thousands came to pay their final tribute to the artist.

Footage of Khil's wordless 1976 performance of his song, I Am So Happy to Finally Be Back Home, went viral on the Internet in 2010 and earned him his nickname, the "Trololo man."