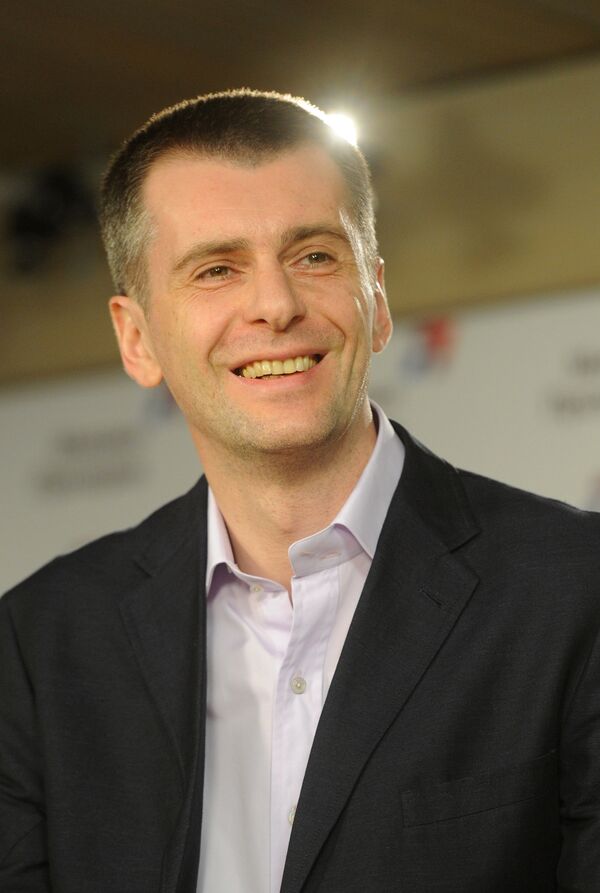 "We do not confirm the information which appeared in the media that Mikhail Prokhorov will take part in the mayoral elections in the capital," a statement said.

Earlier on Friday, Kommersant daily cited sources close to Prokhorov as saying the tycoon would officially announce his bid at a news conference in Moscow next week.

Prokhorov took second place in the city in the March presidential polls with just over 20 percent of the vote.

The tycoon, whose fortune according to Forbes magazine stands at around $13 billion, pledged to create a new political party after the March 4 election, but said in April that the work was still ongoing and that he might opt for a non-political nongovernmental organization instead.

Current mayor Sergei Sobyanin, a close ally of President Vladimir Putin, proposed on Thursday allowing independent candidates to run in the elections, the first in Moscow since 2003.

Sobyanin was installed by the Kremlin following the dismissal of long-time mayor Yury Luzhkov in 2010.

Opposition parties gave a guarded welcome to Sobyanin's proposal, saying a requirement for independent candidates to have the support of at lest six percent of municpal lawmakers - down from the 10 percent proposed by the Moscow Duma last week - could still prove a hindrance.

"That six percent shows that in Sobyanin's move there is more PR than anything else," A Just Russia party MP Alexander Ageyev told Kommersant.

"There are not enough opposition lawmakers to allow all independent candidates to register," he said.