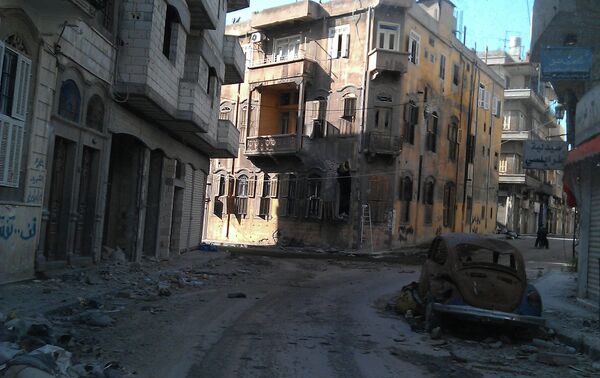 © RIA Novosti
Subscribe
A first group of 25 Circassians from Syria have arrived in the southern Russian republic of Adygea for permanent resettlement in their ancestral homeland, the head of Adygea’s committee on nationality affairs said.

A first group of 25 Circassians from Syria have arrived in the southern Russian republic of Adygea for permanent resettlement in their ancestral homeland, the head of Adygea’s committee on nationality affairs said.

“The Syrian Circassians are coming on the usual terms, the same used with all repatriates,” Asker Shkhalokhov said at the first meeting of the commission to support compatriots in Syria.

“Most of them are renting apartments. The issue of providing land for them to build homes is being examined,” he said.

The commission has asked the regional government to monitor the housing market in order to help accommodate the influx from Syria. This year Adygea, a mountainous area in Russia's North Caucasus region, has received a quota to issue temporary residency permits to 457 immigrants.

“This is a serious, complex issue,” Adygean Prime Minister Murat Kumpilov said at the meeting.

“The republic has experience receiving and placing repatriates, but now we need coordinated action by all government bodies in order to provide the maximum assistance to our compatriots [from Syria],” he said.

In 1998, Adygea granted residency to 150 repatriates who fled the fighting in Kosovo. Other repatriates have arrived from the Georgian breakaway republic of South Ossetia.

Circassians were exiled en masse from their North Caucasus homeland to the Ottoman Empire by Tsarist Russian forces in the 19th century, many perishing both on the beaches of the Black Sea and in its waters themselves. Some 90 percent of Circassians now live outside their historical homeland, with large communities across the Middle East.