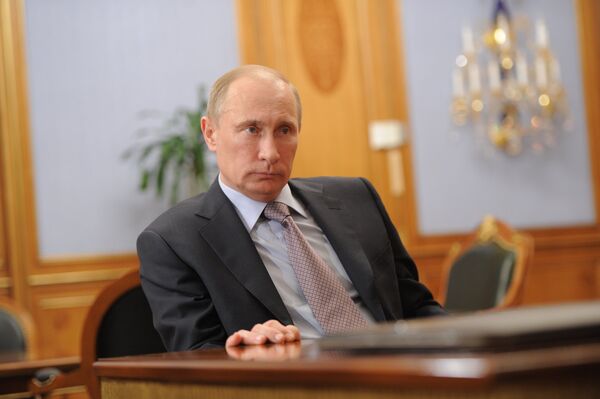 Russian President Vladimir Putin will hold talks with his Abkhaz and South Ossetian counterparts in Russia’s Black Sea resort of Sochi on Friday and Saturday, respectively, the Kremlin said.

Putin and Abkhaz President Alexander Ankvab are expected to visit the Velyoloye-Adler checkpoint at the Russian-Abkhaz border which recently opened after reconstruction and discuss a number of bilateral and regional issues.

Ankvab’s visit to Sochi will come the day after Russian and Abkhaz security services claimed to have uncovered a terror plot targeting the 2014 Sochi Olympic Games.

The Russian National Anti-Terrorism Committee (NAK) said on Thursday that three men suspected of being ringleaders in a regional cell of the North Caucasus-based terrorist group Caucasus Emirate (Imarat Kavkaz) had been arrested in Abkhazia on May 4-5 on suspicion of plotting an attack.

Russia recognized the two breakaway Georgian republics as independent states following a five-day war with Georgia over South Ossetia in August 2008. Nicaragua, Venezuela and the tiny island nations of Nauru and Tuvalu are the only countries to have followed suit, recognizing the two republics, while another Pacific nation, Vanuatu, has recognized only Abkhazia.

Putin was sworn in as president on May 7, returning to the Kremlin after four years as prime minister.