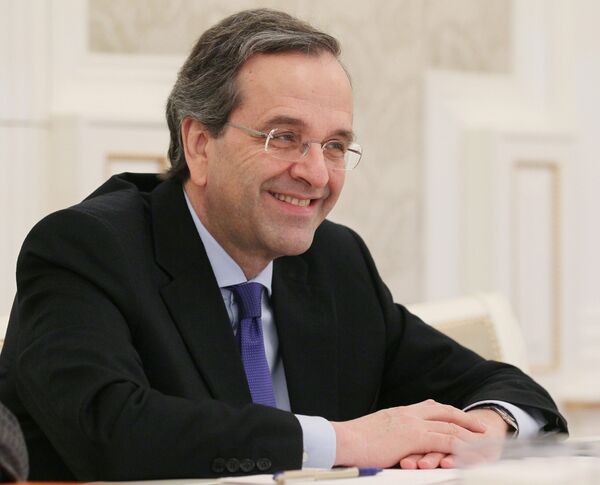 The move came hours after Samaras was given a commensurate mandate by the president. His New Democracy, which backed the last EU bailout, emerged as the biggest party after Sunday's election

"I tried to form a coalition government with two goals: that the country remain in the euro and bailout policies change to include growth measures," Samaras said in statement televised on state-run NET TV today. "I did what I could to get a result but it was not possible. As such, I have informed the president of the republic and handed back the mandate."

The attempt to form a government will now pass to Alexis Tsipras, the head of Syriza, the second biggest party, which has vowed to cancel the bailout terms. Tsipras will see President Karolos Papoulias tomorrow at 2 p.m. Athens time.