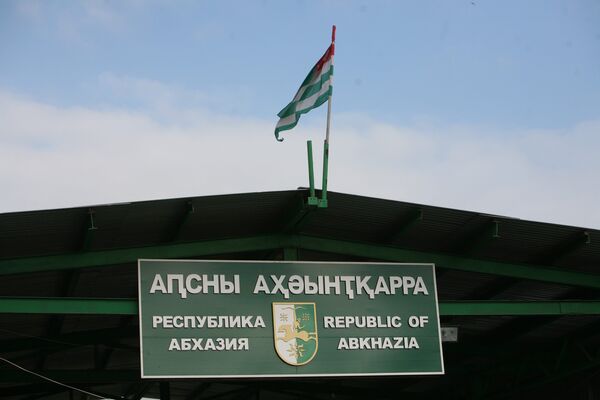 Abkhaz Foreign Minister Vyacheslav Chirikba accused the United States on Wednesday of blackmailing countries whose governments were ready to recognize the breakaway Georgian republic as an independent state, and therefore preventing them from doing so.

Abkhaz Foreign Minister Vyacheslav Chirikba accused the United States on Wednesday of blackmailing countries whose governments were ready to recognize the breakaway Georgian republic as an independent state, and therefore preventing them from doing so.

“Countries who made the observance of human rights and aspiration for democracy their foreign policy doctrine have virtually declared a crusade against Abkhazia and South Ossetia, against the end of [their] international isolation,” Chirikba said.

“They use blackmailing and threats are at a very high level – at the level of the U.S. Secretary of State [Hillary Clinton], who calls heads of states who have already recognized or are going to recognize Abkhazia by phone” to persuade them to change their mind, he said.

Only a few nations, including Russia, have recognized the two breakaway Georgian republics as independent states since August 2008, when Russia fought a five-day war with Georgia over South Ossetia.

Chirikba said he possessed letters with “covert threats” to halt U.S. financial aid to countries that have recognized Abkhazia.

U.S. Assistant Secretary of State for European and Eurasian Affairs Philip Gordon “has virtually boasted that he had influenced the president of the Dominican Republic, forcing him to change his decision to recognize Abkhazia at that stage,” Chirikba said.

Gordon said in an interview with Georgian television company Imedi last May that the United States had advised the Dominican Republic against recognizing South Ossetia and Abkhazia, adding that when reports come out that a certain country is considering recognizing “the Abkhazian and Tskhinvali regions of Georgia,” the Unites States plays a big role in pursuing the policy of non-recognition.

Chirikba said the European Union also advocated “very actively” against Abkhzia’s recognition, adding “there have been threats towards Belarus, Kazakhstan, Kyrgyzstan and other countries.”