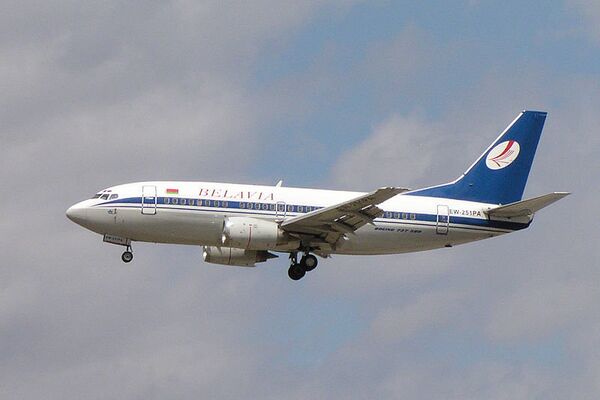 © Photo : Arcturus
Subscribe
Belarusian national airline Belavia said on Thursday it was barred from performing flights to all destinations in Russia except for Moscow starting from April 13.

Belarusian national airline Belavia said on Thursday it was barred from performing flights to all destinations in Russia except for Moscow starting from April 13.

Russia and Belarus have been involved in a dispute concerning the number of flights that air carriers from both states are allowed to perform.

“We have just received notification about the suspension of flights to all destinations, except for Moscow, starting from [April] 13th,” Belavia Deputy General Director Igor Cherginets said.

The Belarusian air carrier performs flights to Moscow, St. Petersburg, the Baltic exclave of Kaliningrad, Urals city of Yekaterinburg and the Black Sea resort of Sochi. It expected to launch a flight to Novosibirsk in Siberia by June.

Russia and Belarus are bound by an agreement which stipulates parity in the number of flights made by airlines from both countries. Flights to Moscow are performed by the Belarusian air carrier Belavia. Until recently, Russian airlines had permission to operate four flights a day between the two capitals alongside Belavia.

In late March, Minsk and Moscow became embroiled in a row sparked by S7 airline's intention to operate one flight a day to Minsk. Belarus agreed but in return demanded Russian flagship Aeroflot remove one flight a day from its schedule.

The countries failed to settle the dispute quickly and on March 26 air links between the two ex-Soviet republics were suspended. Russia revoked Belavia's flight authorization and Minsk immediately retaliated with a similar ban on all Russian airlines.

On the same day, Russia and Belarus agreed on resumption of flights for several days and subsequently until May 10.

The Russian Transportation Ministry confirmed earlier on Thursday that Belarus has notified Russia’s aviation authorities it plans to unilaterally cut the number of Moscow-Minsk flights by Russian airlines.