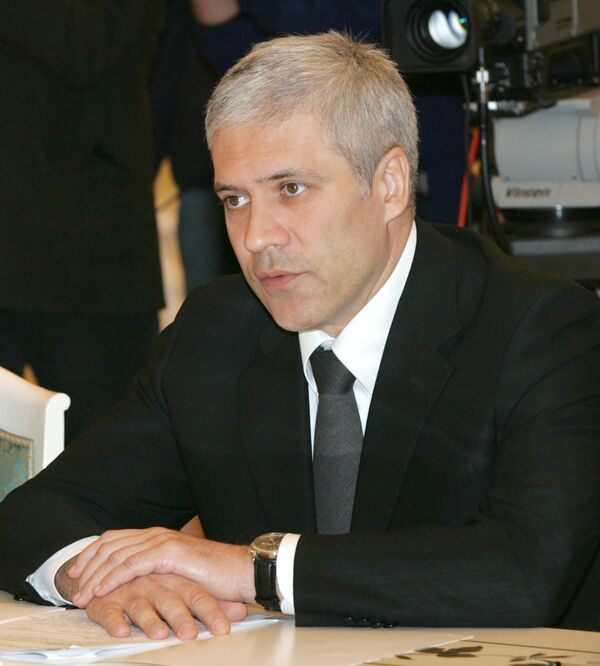 "I decided to shorten my mandate so that presidential elections are held on May 6," he said in Serbia’s state TV broadcast.

"I will run in the election with a lot of optimism, due to the positive trends in our country," the Tanjug news agency quoted Tadic as saying.

The Serbian parliament speaker is expected to announce later in the day that presidential elections will take place on May 6, on the day of parliamentary and municipal polls.

Analysts see dwindling popularity of Tadic’s Democratic Party as a possible reason for the resignation. They say Tadic intended to use his personal popularity to boost the support for his party in parliamentary polls.

Tadic, a prominent pro-European politician and staunch supporter of Serbia’s European Union membership, made a number of political concessions including permission for Kosovo to take part in multilateral international meetings as a separate entity. Many analysts described the move as a “semi-recognition” of the region’s independence from Serbia.

In early March Serbia officially received the EU candidate status, though, according to opinion polls more than 50 percent of the country’s population oppose EU membership.

Tadic is unpopular with Serbian nationalists, who blame him for Kosovo’s unilateral declaration of independence in February 2008. During the presidential polls, he will face a strong challenge from nationalist Radical Party leader Tomislav Nikolic.

Other president candidates are leader of the Socialialist Party Ivica Dacic; Alexandr Martinovic with the Radical Party; and Istvan Pastor with the Union of Hungarians from Vojvodina.