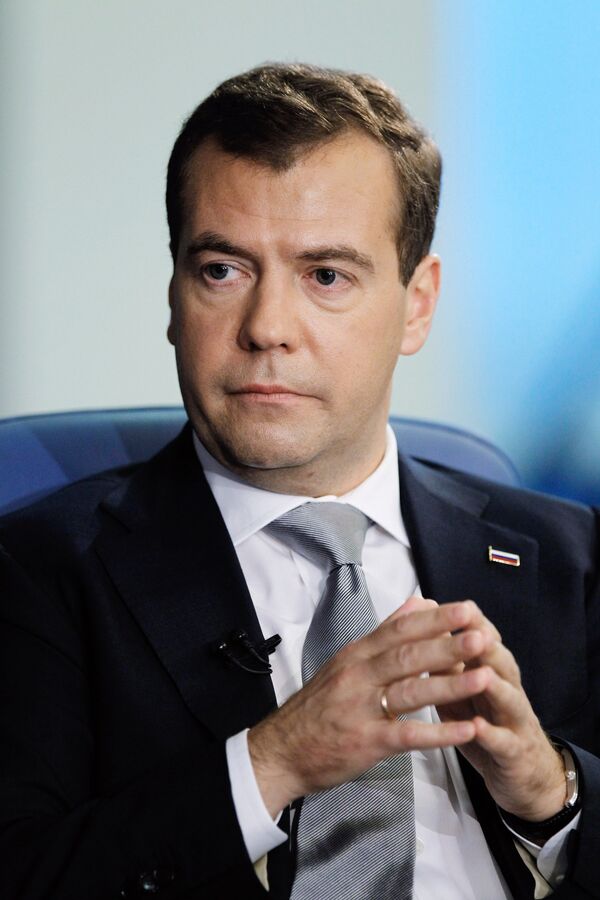 Russian President Dmitry Medvedev will discuss the North Korean nuclear problem with his South Korean counterpart Lee Myung-bak on the sidelines of the 2012 Seoul Nuclear Security Summit, which opens on Monday.

Russian President Dmitry Medvedev will discuss the North Korean nuclear problem with his South Korean counterpart Lee Myung-bak on the sidelines of the 2012 Seoul Nuclear Security Summit, which opens on Monday.

The two-day summit in the South Korean capital will focus on international measures to protect nuclear materials and facilities from terrorism threats. The heads of 40 countries are expected to arrive.

“The two leaders will focus on discussing the situation on the Korean Peninsula. The sides are expected to confirm the necessity of resuming joint work to restart the political and diplomatic settlement of the Korean Peninsula’s nuclear problem as soon as possible,” Russian presidential aide Sergei Prikhodko said earlier.

Pyongyang has been subjected to several rounds of UN Security Council sanctions since it declared itself a nuclear power in 2005. The state broke off talks with South Korea, China, the United States, Japan and Russia on its nuclear program in April 2009, after the UN Security Council passed a resolution condemning its missile tests.

Prikhodko said the bilateral agenda would also focus on trilateral projects between Russia and the two Koreas. The projects include the connection of Korean railroads with Russia’s Trans-Siberian Railway as well as gas and electricity transit via North Korea to South Korea.

The Kremlin said this will be the seventh meeting between Medvedev and Myung-bak. It will take place against a backdrop of active trade and economic cooperation. Bilateral trade in 2011 grew 40 percent year on year to a record $25 billion.