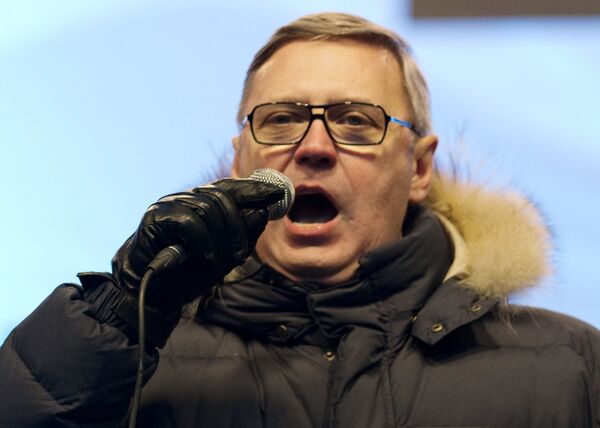 “We’re ready to collaborate and unite,” said Kasyanov a former Prime Minister, at an opposition rally on Moscow’s Novy Arbat Street on Saturday.

A broad democratic coalition is the only way of winning significant public support at the future polls, Kasyanov said. Neither Prokhorov nor Yabloko representatives have commented on the proposal.

Police said some 10,000 turned up for the opposition rally, which protests Prime Minister Vladimir Putin’s victory at the presidential polls on March 4. Organizers, who insist the vote was rigged, said 25,000 attended.

A broad liberalization of political legislation is under review in the State Duma, the lower house of Russian parliament. Analysts said that the reform will spawn numerous political parties, possibly fracturing the opposition.