Putin Promises Better Life for All in Election Pitch 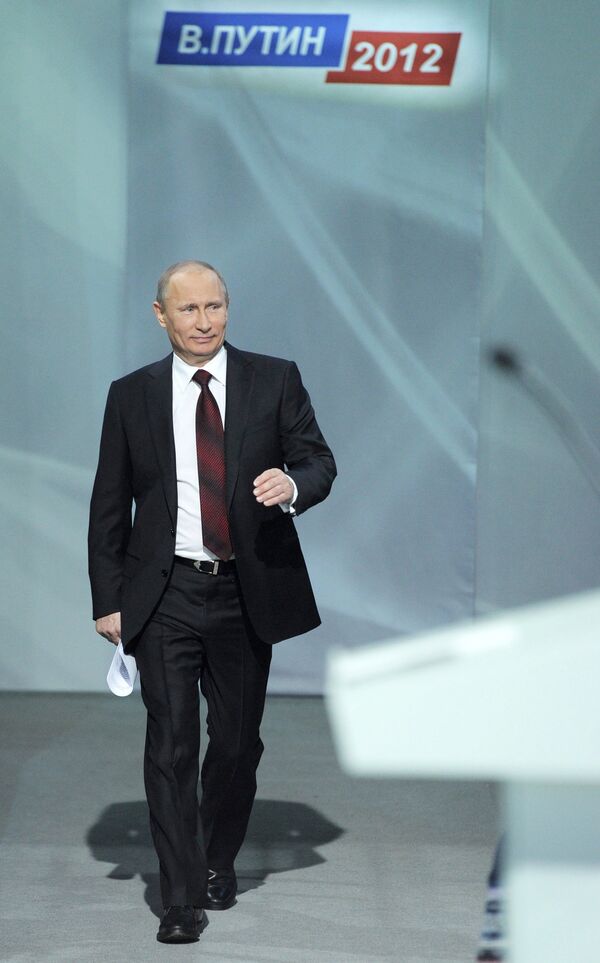 Improving the quality of life of ordinary citizens throughout Russia outside Moscow must be a priority, Russian Prime Minister and presidential candidate Vladimir Putin said on Wednesday at a meeting with supporters.

Improving the quality of life of ordinary citizens throughout Russia outside Moscow must be a priority, Russian Prime Minister and presidential candidate Vladimir Putin said on Wednesday at a meeting with supporters.

“That is a different Russia. That's what we should look at with all our attention,” Putin said at a meeting with campaign leaders and members of the All-Russia People’s Front, his new election campaign vehicle.

“So the level and quality of life for people wherever they live in the country could be worthy,” he added.

Putin repeated his previous claim that the authorities do not plan to raise the retirement age, but gave assurance that suitable conditions would be created for those who want to earn a higher pension by working later in life.

Social support, he said, will be more targeted and more effective. “The overall level of pensions will also increase. We won’t allow retirees to end up below the poverty line,” he added.

“In the future, pensions should reach the conventional pan-European coefficient, the so-called replacement rate, 40 percent of the average wage,” he said.

The prime minister also spoke against imposing any restrictions on media and in favor of electing people according to their professional qualities instead of ethnicity or religious beliefs.

“We will not be able to form a stable situation in society without effective and free media. This is an obvious fact. This has always been like this and in our times, when the society is open, for instance to internet, it is senseless to restrict something in media,” he said.

“We must also elect people, particularly in the executive bodies, not in line with their ethnicity or religious beliefs, but according to their personal and professional qualities,” Putin added.

Putin paid a surprise visit to the southern Russian city of Astrakhan on Tuesday, where an apartment complex partially collapsed after a household gas explosion. The prime minister goes to the polls on Sunday as one of five candidates for the presidency. The winner will serve a six-year term.

Putin also used the occasion to reiterate his call for the introduction of criminal responsibility for violation of registration rules by migrants.