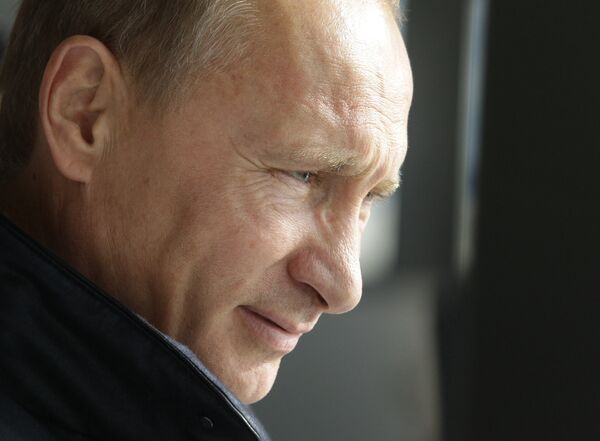 © RIA Novosti . Alexei Druginyn
/
Go to the photo bank
Subscribe
Russia could turn into an “empty space” unless its population substantially increases, Vladimir Putin, the Russian prime minister and a presidential candidate, said in an article published in the Komsomolskaya Pravda daily on Monday.

Russia could turn into an “empty space” unless its population substantially increases, Vladimir Putin, the Russian prime minister and a presidential candidate, said in an article published in the Komsomolskaya Pravda daily on Monday.

“About 40 percent of the world’s natural resources is concentrated on our territory, while our population constitutes a mere 2 percent of the global residents,” Putin wrote in the article entitled “Building Fairness. A Social Policy for Russia.”

“The sense of the situation is evident: without implementing a large-scale, long-term project of demographic development… we risk turning into an ‘empty space’ globally, whose destiny will be decided by others,” the premier said.

Putin said that Russia’s current population is 143 million. If no new program is adopted, experts say, the population will shrink 34 percent to 107 million by 2050.

“But if we manage to formulate and implement an effective, complex population preservation strategy, Russia’s population will grow to 154 million,” the premier said.

He said large families should be supported and migration policy improved in order to resolve demographic problems.

Putin, the frontrunner in this year's election campaign, served two terms as Russia’s president between 2000 and 2008, but the Constitution barred him from standing for a third consecutive term. He became prime minister after his handpicked successor, Dmitry Medvedev, was elected president.

Skeptically minded analysts say Putin may fail to win the March 4 presidential election in the first round, being forced into a runoff. However, surveys by state pollsters suggest his victory in the first round is likely.

This is Putin’s fifth article outlining the points of his election program in Russian media. The previous articles focused on general and economic issues, ethnic problems, and democratic development.