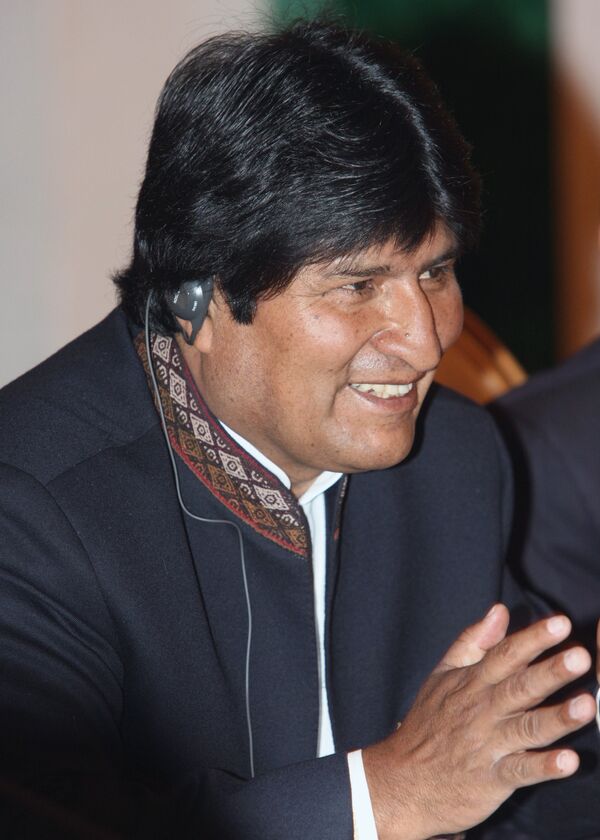 Bolivian President Evo Morales believes that in 2012 the United Nations will finally agree that chewing of coca leaves is a legal ancient tradition of all people living in the Andes.

Bolivian President Evo Morales believes that in 2012 the United Nations will finally agree that chewing of coca leaves is a legal ancient tradition of all people living in the Andes.

Bolivia signed an agreement with the United Nations in 1961 that gave the country 25 years to eradicate the growing of coca. Over 20 years since the deadline passed, the country is the third largest grower of coca in the world after Colombia and Peru.

“I am convinced that next year we will win this international ‘fight’ for the recognition of chewing coca leaves as a tradition of peoples in Latin America, living in the Andes,” Morales said in an interview with the Bolivian radio station Patria Nueva.

The president said that his country intends to lobby the international organization to lift the ban on chewing coca leaves, but added that the issue of legalizing cocaine or other substances on the base of coca is out of the question.

“We are using coca leaves not only in our rituals and as a foodstuff, but also as a medicine and how can we be punished for this?” Morales said.

Bolivia's first indigenous president, who came to power in 2006 as a leader of the country's coca farmers, has repeatedly stated that it was his responsibility as the president to promote the growing of coca as an essential part of Bolivian culture and traditions.

Morales is a strong supporter of the coca farmers and plantations, and has even included "coca's traditional culture" into the country's new constitution, which was passed two years ago.

Though Morales supports the growing of coca in his country, he actively opposes drug trafficking. According to Bolivian law, no more than 5,000 hectares (12,355 acres) are allowed to be sown for the country's internal consumption, although the total area under coca cultivation is estimated at more than five times that amount.