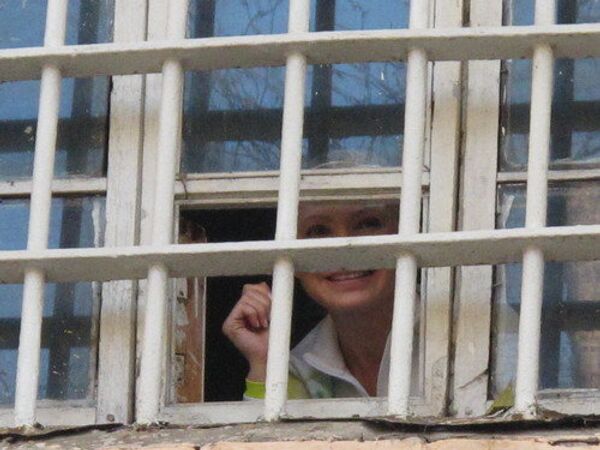 © Photo : Bloc-Batkivshchyna party
Subscribe
The European Union’s ambassador in Kiev has said Ukraine’s integration into the bloc may be jeopardized by the jailing of the country’s former Prime Minister Yulia Tymoshenko.

The European Union’s ambassador in Kiev has said Ukraine’s integration into the bloc may be jeopardized by the jailing of the country’s former Prime Minister Yulia Tymoshenko.

Speaking to the Voice of America radio station in Kiev, Jose Manuel Pinto Teixeira confirmed the EU reached a definitive agreement with Ukraine on the text of a long-awaited association agreement but stressed that the country’s eventual EU membership could not be guaranteed.

Tymoshenko, a heroine of the country’s liberal Orange Revolution - was jailed for seven years last month for acting beyond her powers in sealing a gas deal with Russia in 2009.

The EU has said the trial was politically motivated - a claim which Kiev denies.

“We can only guarantee membership to the countries who have made significantly more progress towards respecting our values,” Teixeira said.

“If Ukraine wants to go along this path,” it should “respect our values which include the rule of law and the right to a fair trial,” he said.

“However, we don’t see any of that in Ukraine, including in the Tymoshenko case,” he said. “She is being tried according to the laws written down in the time of Stalin and Khrushchev.”

Teixeira added, however, that President Viktor Yanukovych “understands perfectly well” what possibilities will be opened up for Ukraine by the association agreement, which will also see the creation of a free trade zone with the 27-nation bloc.