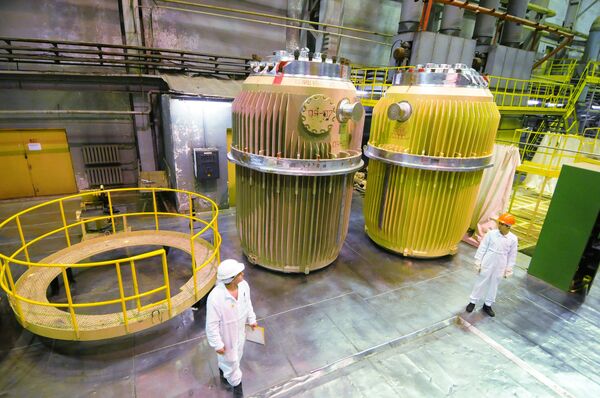 "We are currently studying the proposal, as the international community has no concerns about the construction of nuclear power generation units," Rosatom head Sergei Kiriyenko said.

The project, if approved, would require amendments to an intergovernmental agreement between Russia and Iran, he said.

A nuclear energy industry expert, editor-in-chief of the Atominfo news portal Alexander Uvarov, said that the 1992 Russian-Iranian intergovernmental agreement envisaged the construction of four nuclear reactors in the country.

"As far as I remember, the intergovernmental agreement envisages the construction of four NPP units," the expert said. "Despite the international sanctions on Iran, currently there are no legal obstacles to Russian-Iranian discussions on building new units, especially as far as Bushehr is concerned."

The first unit at Bushehr has capacity to generate 1,000 megawatts. It was launched in mid-September.

Under a bilateral agreement, approved by the International Atomic Energy Agency, Russia will operate the plant, supply its fuel and take away all the spent fuel for the next two or three years, but will eventually hand over full control to Iran.

The construction of Bushehr has taken more than three decades and has been dogged by delays.

Russia signed a contract with Iran in February 1995 to complete the plant, which German companies first began back in 1975.