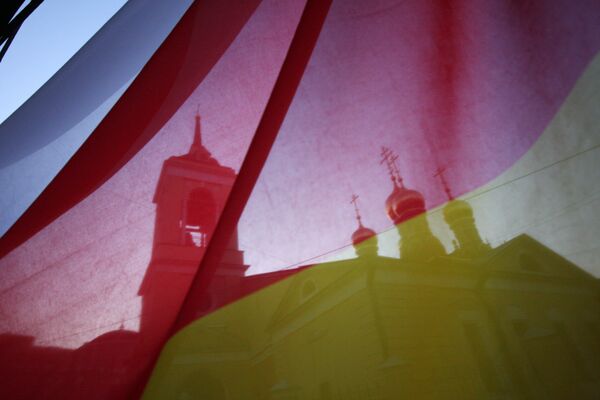 South Ossetia along with Abkhazia broke away from Georgia in the early 1990s. Georgian forces attempted to bring South Ossetia back under central control in August 2008, but were repelled by the Russian military. Russia subsequently recognized both republics.

Since then, Russia has deployed thousands of troops and border guards to the tiny republics, which Georgia considers part of its sovereign territory.

“Russia continues reinforcing occupation troops deployed at the Georgian indivisible territories of Abkhazia and [S. Ossetia’s] Tskhinvali Region, which it has occupied, with new weaponry,” the statement said.

Georgian remarks pointed out that Russia has recently delivered new T-90A battle tanks at a military base in Abkhazia.

“The rapid militarization of Georgia’s occupied territories contradicts the Treaty on Conventional Armed Forces in Europe (CFE). Russia’s actions contradict international norms and principles, as well as the obligations it has taken on, they pose a substantial threat to the peace and stability not only in the Caucasus, but throughout Europe,” the statement said.

Russia, Nicaragua, Venezuela and the tiny island nations of Nauru and Vanuatu are the only other countries to have recognized the republics.