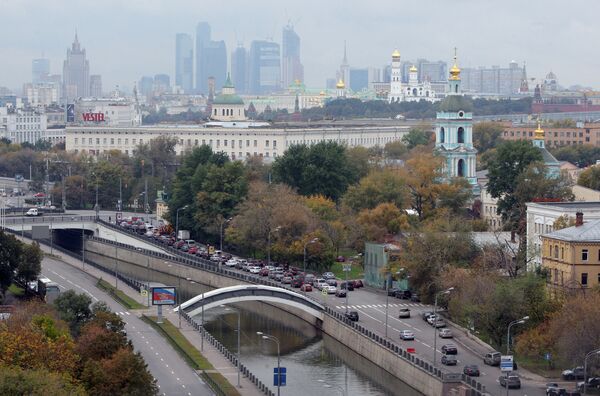 Russian President Dmitry Medvedev has ordered a probe into the “illegal” sale of Moscow land intended for foreign embassies to subsidiaries of a company belonging to former Moscow mayor’s wife Yelena Baturina, the Kremlin said on Tuesday.

Russian President Dmitry Medvedev has ordered a probe into the “illegal” sale of Moscow land intended for foreign embassies to subsidiaries of a company belonging to former Moscow mayor’s wife Yelena Baturina, the Kremlin said on Tuesday.

The land, designated to host embassies of 12 countries in line with inter-governmental agreements signed between 1984 and 1991, was sold to two subsidiaries of Baturina’s Inteco construction company in 2003.

“The Russian Foreign Ministry and the Ministry for State Property turned to the Russian government in connection with illegal actions by Moscow registration bodies,” the Kremlin statement reads. “Despite an order received in February 2004 by interested institutions and the Moscow government [to find alternative plots to construct the embassies], the issue remains unresolved.”

In 2004, federal property watchdog Rosimushchestvo filed a lawsuit at a Moscow arbitrations court against Baturina’s company, demanding that a land plot of more than 16 hectares, which the company bought as part of the 2003 deal, is recognized as part of the land designed to host the embassies.

The court dismissed the suit in June. Last week, the court refused to reverse the ruling, dismissing an appeal filed by Rosimushchestvo.

“The current situation has affected negatively the implementation of existing agreements because a number of states have insisted at the highest level on the allocation of land to construct embassy complexes,” the Kremlin’s statement said.

Medvedev ordered Prosecutor General Yury Chaika to check by December 15 the “legality” of Moscow district authorities’ actions in connection to the 2003 deal, according to the presidential decree published on the Kremlin website.

In September 2010, Medvedev fired Luzhkov over a “lack of confidence.” His wife Baturina is believed to be Russia’s richest woman with an estimated fortune of some $1.1 billion.

In response to the Kremlin’s move, Baturina accused on Tuesday the federal authorities of the attempts to seize the property she owned legally.

She said the Kremlin initiated a probe into the legality of her ownership only last year (after her husband had been ousted from his mayor’s post), despite the fact that she owned the disputed parcel of land for seven years.

“The lawsuits intended to seize this property from me by court action were unsuccessful because I received the ownership rights absolutely legally,” Baturina said in a statement.