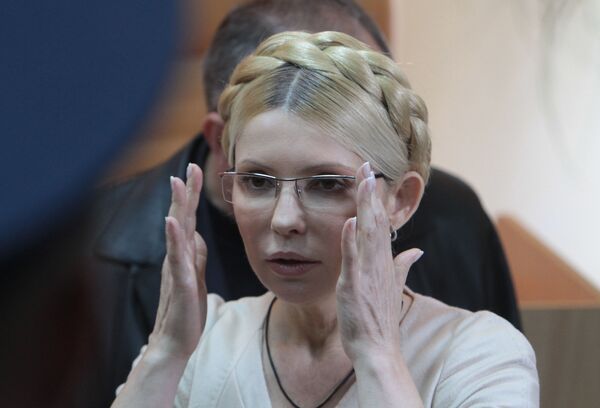 Tymoshenko, who was sentenced to seven years in jail in mid-October over abuse of office in connection with the signing of a gas deal with Russia in 2009, is accused of embezzling $3.1 million in state funds and failing to pay $2.5 million worth of taxes in the 1990s, when she was the head of natural gas trading company United Energy Systems of Ukraine (UESU).

The case was initiated in 2001 and then closed over a lack of evidence.

In a statement quoted by Unian, the Prosecutor General’s Office also said it would appeal against the “illegal court decisions to close other episodes of criminal activities related to the case.”

In February that year, she was arrested on charges of embezzling state funds to pay for Russian gas when she headed the UESU. In March that year, the Pecherskiy District Court overturned the arrest ruling citing a lack of evidence in the case. In April 2003, the case was closed by the Kiev Appeals Court.

Tymoshenko’s imprisonment earlier this month has sparked widespread international condemnation, described by Western powers and Russia as “politically motivated.” The current Ukrainian authorities say the gas contract with Russia she pushed through in 2009 has caused multi-billion-dollar damage to the country’s economy. The former premier maintains her innocence.