Gaddafi calls on Libyans to protest ‘in millions’ against regime change 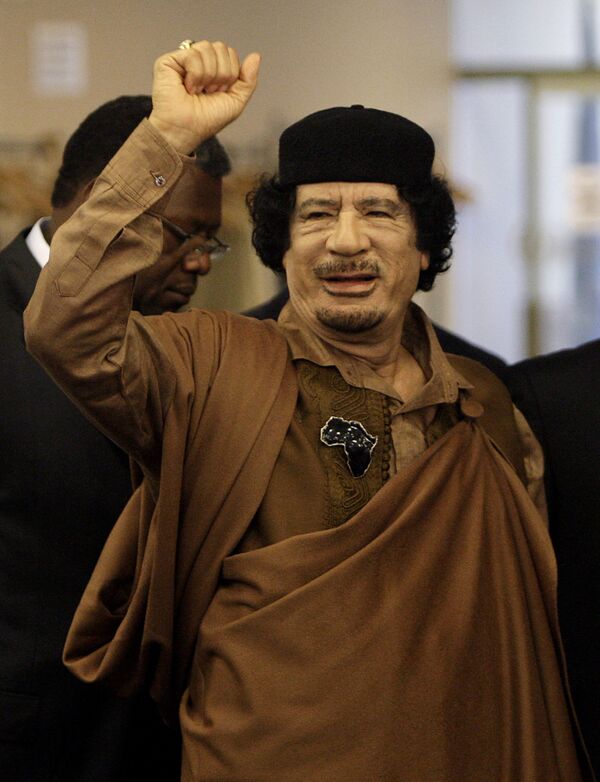 “I call on the Libyan people, men and women, to take to the streets and squares in all cities across the country to protest in millions,” Gaddafi said in his message aired by Arrai TV, breaking a silence of more than two weeks.

Gaddafi has been on the run since rebel forces backed by NATO fighter jets seized the capital of Tripoli in August. His delivered his message as NATO chief Anders Fogh Rasmussen said earlier in the day that the end of the alliance’s military operation in Libya was “in sight.”

Speaking to journalists after a two-day meeting of NATO defense ministers, Rasmussen said “the recent positive developments in Libya are irreversible,” adding: “Gaddafi's forces are fighting for a lost cause. The threat to civilians is fading away.”

NATO launched its Operation Unified Protector in late March, following a UN resolution authorizing the use of military force to protect Libyan civilians from attacks by forces loyal to Gaddafi. The operation was extended for another 90 days in late September.

Following months of fierce fighting that claimed hundreds of lives, the Libyan Transitional National Council has established control over most of the country’s territory, including the capital of Tripoli.

Gaddafi loyalists, however, still maintain control of several Libyan towns, including Gaddafi’s home town of Sirte, which has been a site of heavy fighting for the past few weeks.

Rasmussen said NATO was "determined” to continue its operation in Libya, which has been carried out since March, “as long as threats persist,” but to end it “as soon as conditions permit.”

He added that a decision on the end of the mission would be coordinated with the United Nations and the new Libyan authorities.

He also said that NATO was ready to help the new authorities reform Libya’s defense and security forces should they ask for the alliance’s assistance but would not play a leading role in the country’s post-Gaddafi life.