Russia ready to act as guarantor of peace in Caucasus - Lavrov 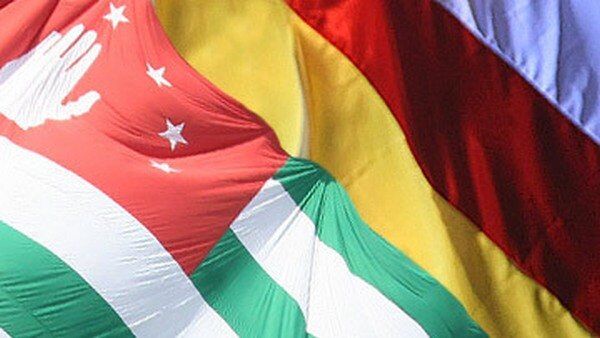 © Сollage by RIA Novosti
Subscribe
Russian Foreign Minister Sergei Lavrov reiterated on Tuesday Russia's readiness to act as a guarantor of non-use of force agreements between Georgia and its breakaway republics of Abkhazia and South Ossetia.

Russian Foreign Minister Sergei Lavrov reiterated on Tuesday Russia's readiness to act as a guarantor of non-use of force agreements between Georgia and its breakaway republics of Abkhazia and South Ossetia.

Speaking during the 66th session of the UN General Assembly in New York, he said Russia was "determined to do everything possible" to avert another war in the Caucasus similar to the one that occurred in August 2008.

"Russia is ready to act as a guarantor of agreements on the non-use of force between Abkhazia, Georgia and South Ossetia, taking into account the official statements on this issue made by the three countries' authorities," Lavrov said, addressing participants in the general debate

Russia would welcome similar commitments from the United States and the European Union, he added.

Russia recognized Abkhazia and South Ossetia in 2008, following the five-day war with Georgia. The war began when Georgia attacked South Ossetia, where most residents are Russian passport holders. Russia's decision has been condemned by many nations. Georgia considers the two regions part of its sovereign territory.

Besides Russia, the republics' independence has also been recognized by Nicaragua, Venezuela, as well as tiny Pacific nations of Nauru, Vanuatu and Tuvalu.

Russia earlier presented a draft resolution to the UN Security Council calling for an agreement on the non-use of force between Georgia and Abkhazia. The initiative was blocked by Western nations seeking a comprehensive peace deal that stipulated the return of Georgian refugees to Abkhazia.

Around 300,000 Georgians fled fighting in Abkhazia during a 1992-93 separatist war as the republic looked to break away from Tbilisi, according to Georgia's official reports. Some 10,000-30,000 people on both sides were killed in the conflict.

Germany has proposed a three-stage plan for resolving the Georgia-Abkhazia conflict.

The plan stipulates a commitment to non-violence by all the parties involved in the conflict, the gradual return of Georgian refugees to the region, and the eventual determination of the political status of Abkhazia.