Rasmussen expects missile shield deal with Russia by May 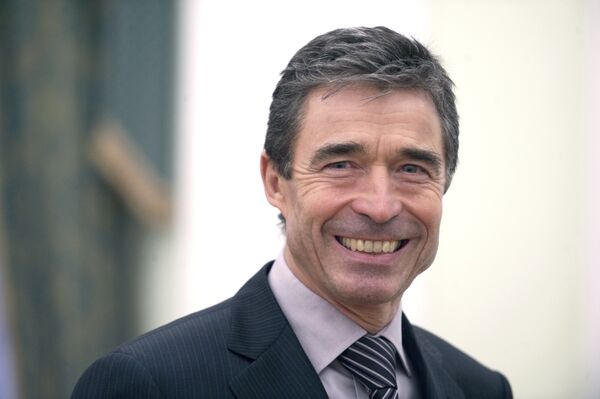 NATO Secretary General Anders Fogh Rasmussen expects Russia and NATO will agree on missile defense at the alliance's summit in Chicago due May 20-21, 2012.

NATO Secretary General Anders Fogh Rasmussen expects Russia and NATO will agree on missile defense at the alliance's summit in Chicago due May 20-21, 2012.

Announcing the dates of the summit, Rasmussen said NATO member states would possibly be able to declare interim operational capability of the missile shield during the event, and "this will be a significant step forward, because we have been discussing the development of a NATO-based missile defense system for many years."

"He hopes to reach an agreement with Russia on missile-defense cooperation," the NATO press service said.

Russia and NATO agreed to cooperate on European missile defense system at the Lisbon Summit in November 2010. Under a proposal put forward by President Dmitry Medvedev, Russia would be responsible for shooting down missiles aimed at NATO members but passing through Russia's airspace or sector, with NATO members committing to protect Russia in a similar fashion.

NATO has refused to provide legally binding guarantees that its missiles would not be directed against Russia, which Moscow says is the only way to prevent a new arms race.

Russia has also threatened to withdraw from the New START treaty on cutting U.S. and Russian nuclear arsenals in response to NATO's stance, as well creating a new air and space defense system and enhancing its offensive potential at western borders to avert the possible missile threat.