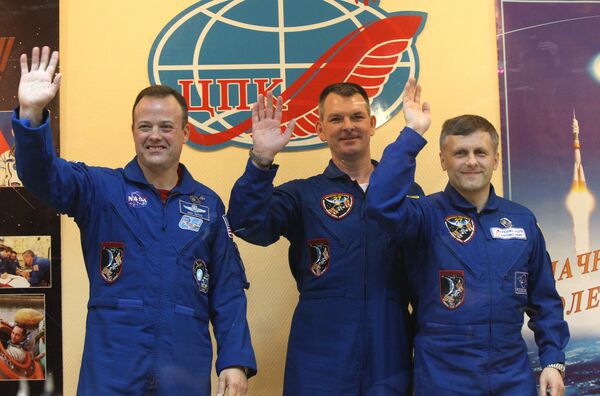 The return was originally set for September 8, but the failed launch of a Progress space freighter on August 24 forced the rescheduling.

A total of 17 aircraft, including 14 Mi-8 helicopters, and seven rescue vehicles were deployed near potential landing zones to locate and recover the landing pod.

The spacecraft undocked from the ISS earlier on Friday. Borisenko, Samokutyayev and Garan spent five months on board the orbital station.

The three crewmembers remaining on board the ISS - Russian cosmonaut Sergei Volkov, NASA astronaut Michael Fossum and Japanese astronaut Satoshi Furukawa - are scheduled to return to Earth in mid-November.