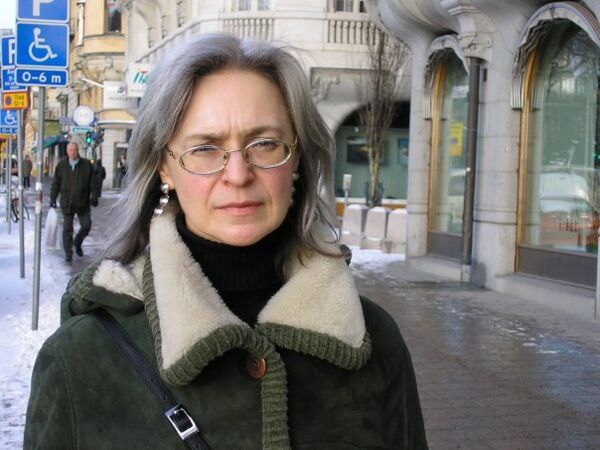 Russian investigators said on Wednesday they think they know who was behind the 2006 murder of investigative journalist Anna Politkovskaya.

Russian investigators said on Wednesday they think they know who was behind the 2006 murder of investigative journalist Anna Politkovskaya.

"The investigation has information about the alleged organizer of the crime, although it is too early to make this information public," a spokesman for the Investigative Committee - a body separate from the police force - said.

The announcement comes after a former senior Russian police officer was detained on Tuesday. Lt Col Dmitry Pavlyuchenkov is suspected of organizing the shooting of Politkovskaya and supplying the killer with a weapon, investigators said.

"Pavlyuchenkov's arrest is a success for the Investigative Committee, the Prosecutor General's office and we made our small contribution too," Muratov said.

However, he said the Investigative Department's statement that they now know who ordered the murder seemed "quick and irresponsible" and was a disappointment for the newspaper's management and staff.

"To me, it seems that this work was improperly done and politically motivated," Muratov said.

He said investigators did not have enough time to conduct all the necessary investigative activities with the detainee to be sure they really know who ordered the crime.

The main suspect in the case, Rustam Makhmudov, was detained in Chechnya in May, 2011.

His two brothers, Dzhabrail and Ibragim, have been accused of driving him to and from the murder scene. Former police officer Sergei Khadzhikurbanov has been accused of helping to set up the murder. All three were tried and acquitted for lack of evidence in 2009. The verdict was later overturned by Russia's Supreme Court, which ordered a retrial.

Politkovskaya, who won international acclaim for her investigations into human rights abuses in Chechnya, was shot dead in her apartment building in Moscow on then-President Vladimir Putin's birthday in 2006.