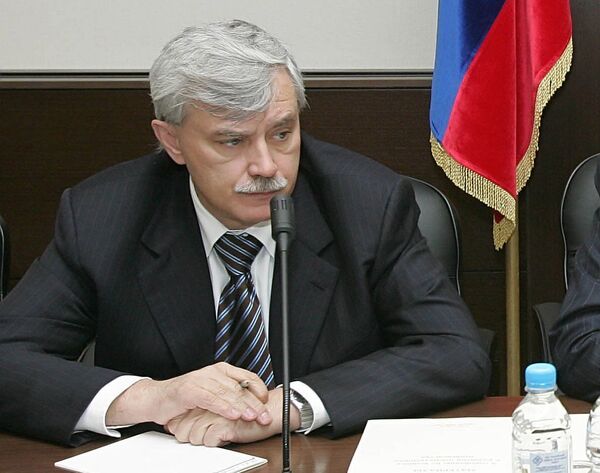 "One of the prime tasks is to prepare for the coming winter and for the heating season so that residents of St. Petersburg will feel less of the winter's cold breath," Poltavchenko told journalists.

People criticized previous Governor Valentina Matviyenko for inactivity of municipal workers in cleaning the snow from the streets of St. Petersburg in time and complained of icicles hanging dangerously from the eves of roofs.

On Monday, Matviyenko sent a letter of resignation from the post of governor to President Dmitry Medvedev taking a further step towards Russia's third-highest political post as the Russian parliament's upper house speaker.

Medvedev approved her resignation and appointed his envoy to St. Petersburg, Poltavchenko, as the city's acting head.