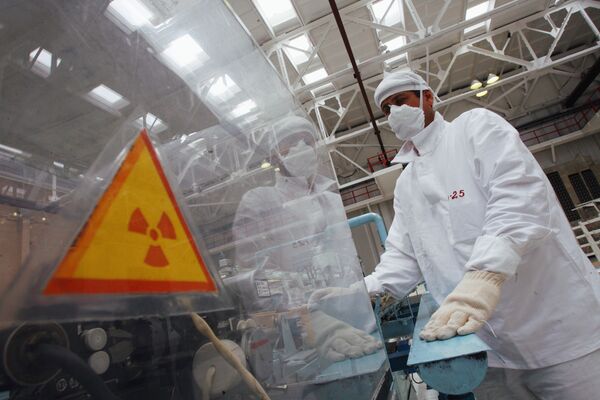 The additional economic sanctions imposed by the USA are out of tune with our cooperation,” he said. “Belarus has decided to put a halt to the joint programs for the exchange of highly- enriched nuclear fuel. These programs were created at the initiative of the American Energy Ministry whose goal was to reduce global threats. The creation of an MBA program at Belarus State university will be stopped as well” Savinykh said.

“We could take other response actions as well,” Savinykh said, adding Belarus will be maintain material fuel security in accordance with its international non-proliferation obligations.

“We can reestablish cooperation if the USA stops imposing economic sanctions on Belarus and restore bilateral relations,” Savinykh said.

Belarus regards the U.S. sanctions as groundless and illegal. “These politically motivated actions,” he said.

The U.S. and the EU imposed sanctions against Belarusian President Alexander Lukashenko, as well as other officials and companies over the crackdown on the opposition following presidential elections last December.

Lukashenko granted pardons on August 11 to nine of several dozen people convicted of taking part in the mass anti-government protests, but the list of pardoned protesters does not include six former presidential candidates serving jail terms from two to five and a half years.