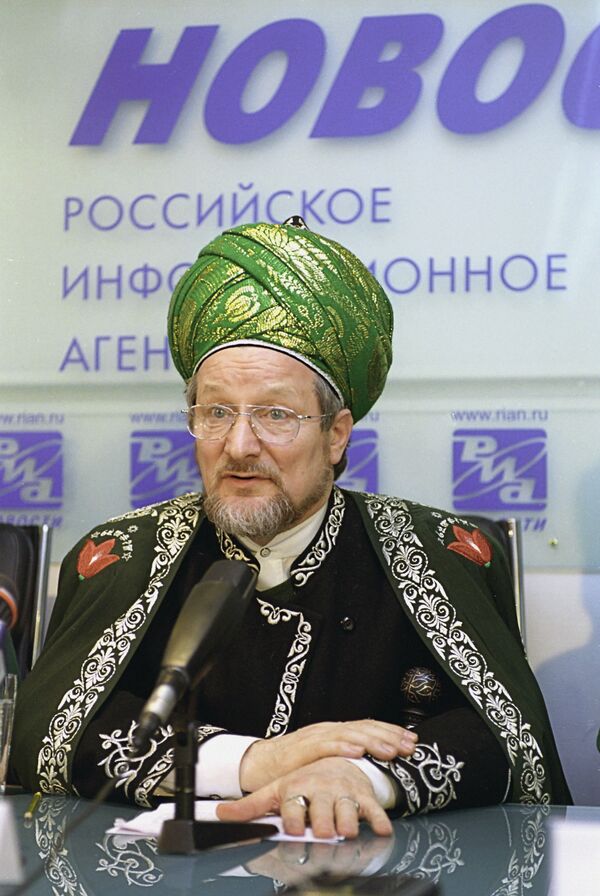 Russian TV channels should broadcast less news about terrorism and extremism, the chief mufti of Russia, Talgat Tadzhuddin, said on Tuesday at a meeting with Prime Minister Vladimir Putin.

"Once an explosion occurs somewhere, it is discussed every hour for at least two days," Tadzhuddin said. He suggested instead that media outlets pay more attention to "the lifestyle of the Russian peoples, their traditions and beliefs."

Tadzhuddin also proposed in February the establishment of a "spirituality tax" to raise money for the construction of new mosques and cathedrals. The tax was to be collected from all residents of Bashkiria, regardless of their faith.

Muslim minorities make up around one seventh of Russia's population. Some analysts suggest that high Muslim birthrates cold mean Islam will become Russia's dominant religion by 2050.