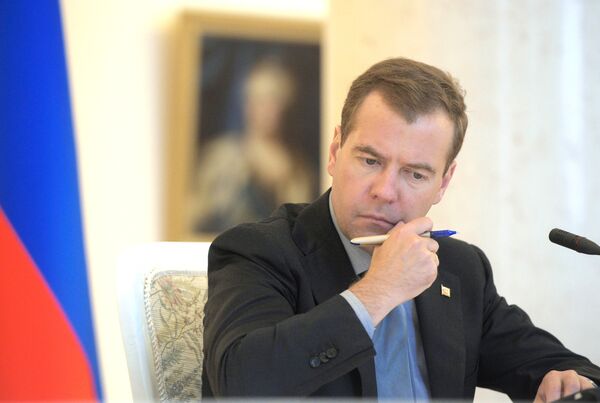 Russian President Dmitry Medvedev said on Tuesday that the death of lawyer Sergei Magnitsky in pre-trial custody was caused by criminal actions.

Russian President Dmitry Medvedev said on Tuesday that the death of lawyer Sergei Magnitsky in pre-trial custody was caused by criminal actions.

Hermitage Capital investment fund lawyer Magnitsky died of heart failure after being denied medical treatment in November 2009. He had been arrested on tax evasion charges just days after claiming to have uncovered massive embezzlement of state funds on the part of law enforcement officials.

“The Magnitsky incident is, of course, very sad,” Medvedev said after a meeting with the presidential civil and human rights council in the North Caucasus city of Nalchik. “Sad because he died and sad because it seems that, judging by everything, there really was some crime committed that- at the very least - led to this.”

“People shouldn’t die in prison if they are sick - they should be taken out to be treated and a court should then determine their fate,” he went on.

Russian Investigative Committee spokesman Vladimir Markin said on Monday that those responsible for Magnitsky’s death will be prosecuted in the near future.

The names of those to be charged will not be announced until the president's human rights council makes public its interim report on Magnitsky's death on July 15, a member of the council said on Tuesday.