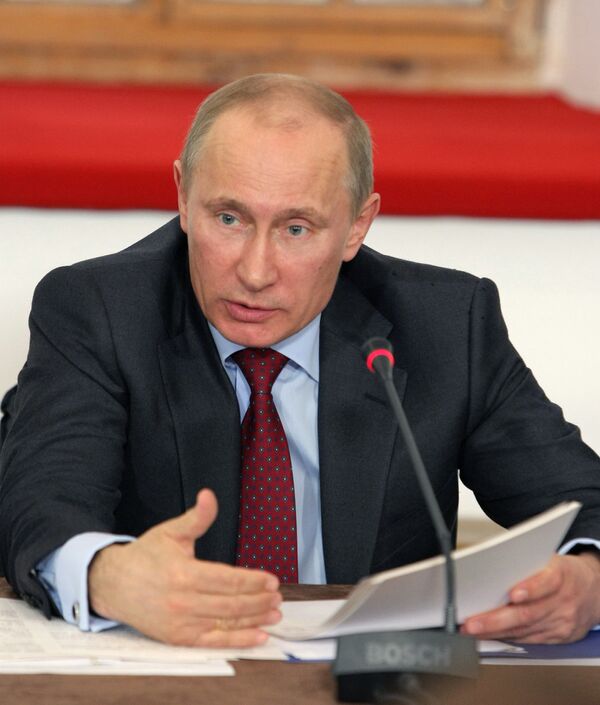 Russian Prime Minister Vladimir Putin invited members of an internet community formed in Russia's leading social network VKontakte to join his People's Front on Monday, saying there was a place for unofficial groups in politics willing to get things done.

During the meeting with nongovernmental organizations (NGOs) in Pskov region, Putin was asked whether the "Worn-Out Pskov Roads" group, which does not have an official registration, could be a member of the premier-backed People's Front.

"No matter whether your organization is registered or not," Putin said, adding that the main condition for joining the organization was its willingness to make real achievements.

The St. Petersburg-based social network VKontakte (In Contact), which unites 130 million users from Russia and CIS countries, has far outstripped Facebook with its 4.4 million Russian users.

Putin first announced the creation of the All-Russia People's Front, whose name echoes popular communist movements, on May 6. The front is intended to include "non-party people," including trade unions, NGOs, business associations and youth groups in a pro-Putin coalition ahead of the Duma elections in December and presidential elections in March 2012.

Putin's initiative follows years of increasing centralization of political power in the United Russia party and the exclusion of other political parties from power. Putin has in the past criticized non-governmental organizations and the government has made it harder for unregistered political groups to exist.

Some analysts see the front's creation as an attempt by Putin to guarantee support if his United Russia party suffers a poor showing in the Duma elections.