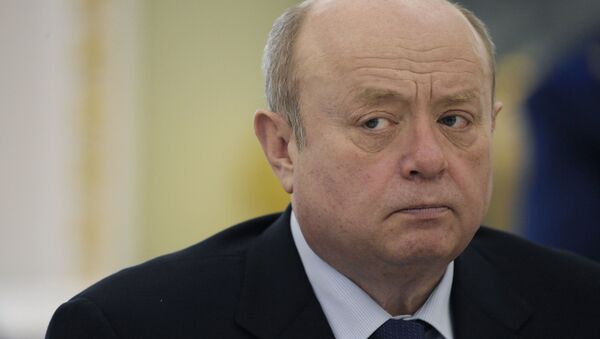 The talks in the capital of the reclusive communist state had a "warm and friendly atmosphere" and ended in a dinner at which Fradkov presented gifts to Kim and his son and heir apparent, Kim Jong-un, the agency said.

Officials from the North Korean Foreign Ministry and Workers' Party were also present at the meeting.

Russia, the United States, China, Japan and South Korea have been trying for the past two years to resume stalled talks with North Korea over its nuclear program.

The talks came to a halt in April 2009 when North Korea walked out of negotiations in protest against the United Nations' condemnation of its missile tests. The country is banned from conducting nuclear or ballistic missile tests under UN Resolution 1718, adopted after Pyongyang's first nuclear test on October 9, 2006.

North Korea carried out a second nuclear test on May 25, 2009, followed by a series of short-range missile launches, and has threatened to build up its nuclear arsenal to counter what it calls hostile U.S. policies.