Farewell to Bin Laden and an era 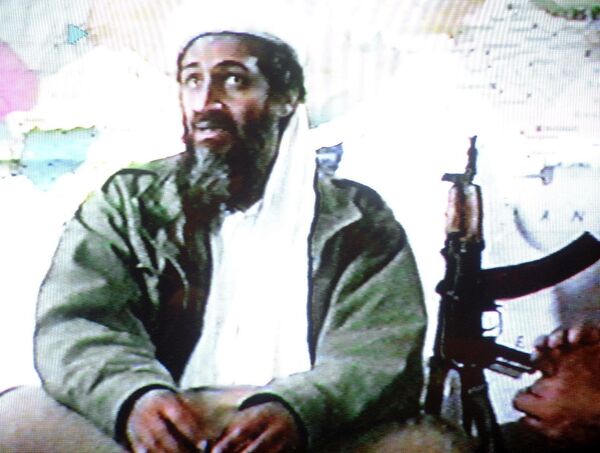 The operation that killed internationally notorious terrorist Osama Bin Laden brings an end to a short, albeit tumultuous era in world history - the 2000s.

The operation that killed internationally notorious terrorist Osama Bin Laden brings an end to a short, albeit tumultuous era in world history - the 2000s. The era was very eventful, and it's hard to say what turn history would have taken if it had not been for the Bin Laden-planned attacks on the Twin Towers on Sept. 11, 2001.

Strictly speaking, we still know very little about this appalling act of terror. First and foremost, we haven't heard any sensible explanation as to why it was committed. The reasons behind this secrecy are clear, though, and the relevant documents won't be declassified in the near future.

Why the U.S. secret services' former appointee in the struggle against the Soviet Union in Afghanistan quarreled with his one-time allies is a separate issue. We all know things happen. But why deal a blow to the very heart of the United States?

There may be an answer to this question, but for the time being we can only guess, trying to get to the bottom of this crucial matter - the political and moral objectives of the attack.

For now, we might adhere to the following version. The 1990s were unacceptable for most cultures, with the illusions of U.S.-style globalization and of the emergence of the United States as the world's sole superpower. The U.S. and NATO's "pinpoint" strikes in Yugoslavia in 1999, a highly suspicious financial crisis in Asia in 1997-1999 and other events created the semblance of a U.S. onslaught on the planet.

A blow to the epicenter of the United States' financial kingdom was symbolic given these circumstances and strongly affected the world. The ensuing singing and dancing in the city streets of several Middle Eastern countries that were not at war with the United States showed which audience the terrorists had in mind.

Several years after 2001, a prestigious military magazine even ranked Bin Laden on the list of the greatest military leaders of all time (after Genghis Khan) with a note - an outstanding example of an asymmetrical response to a far superior enemy.

The war of civilizations didn't take place, but...

The course of world history in the 2000s can be expressed in two short sentences: By relying on the world's sympathy and solidarity in the struggle against terrorism, the United States tried to eliminate the infrastructure of Bin Laden's organization in Afghanistan. However, it simultaneously set itself quite different tasks by starting a war in Iraq, thereby demonstrating its military incapacity to reach its goals, and its financial limitations.

Consequently, the world saw the weakness of the United States and the rise of other big powers, such as China. The United States wasn't destined to dominate the 2000s. Obviously, Bin Laden couldn't have planned anything along these lines, not to mention engineer the 2008 financial crisis that exacerbated these processes.

If Bin Laden and his al-Qaeda hoped to provoke a "clash of civilizations" with their acts of terror, they didn't achieve their goal. There was no war between the Western and Muslim civilizations for many reasons. The main reason is that Muslim extremism (usually called jihadism in India) is only one of the many problems besetting the societies of the Middle East, North Africa and Southeast Asia.

The Arab riots this winter and spring showed that the Muslim civilization is ridden with tough problems and a war against the United States certainly won't resolve them. Al-Qaeda is trying to use these events in its own interests, but there are already plenty of other actors and extras on the stage.

It's impossible to predict whether Bin Laden's death will impact the violent events in Libya. Most probably, the triumph of the U.S. secret services will facilitate U.S. President Barack Obama's re-election to a second term, although this isn't certain.

However, let's not forget that having learned from his predecessor's bitter experience, Obama has daintily quit the Libyan operation and left the Europeans to deal with the problem themselves. Their feverish attempts to physically destroy Libyan leader Muammar Gaddafi could be compared to the decade-long successful hunting of Bin Laden, although these are essentially two different stories. Bin Laden is a man from the 2000s, an era of different symbols and parallels.

Was bin Laden alive at all or was he murdered during the U.S. Afghan campaign in 2001-2002? Up until today, this question has evoked heated debate. Strange as it may seem, even after his killing in the Pakistani city of Abbottabad, many conspiracy theorists believe Bin Laden is still alive or didn't exist at all, as they haven't seen his body and documents and videotapes aren't compelling evidence (especially taking into account the alternative theory of the 9/11 attacks).

This mythology is an inevitable consequence of a war with an unconventional enemy, the art of which is gradually being mastered by the world's secret services.

Good or bad, disinformation and the concealment of truth are necessary tools here. The Russian public has seen this tactic employed numerously as a part of anti-terrorist activities in the North Caucasus and many other places.

Bin Laden wasn't a myth. Moreover, one can conclude from his short biography that despite his graying beard, born in 1957, he was a relatively young and able-bodied man. Most probably, he had been isolated from the terrorist underground for the past few years as everyone knew he would be found sooner or later and this has now happened.

I would very much like to add that this destiny will befall every terrorist, but this is still a distant prospect.