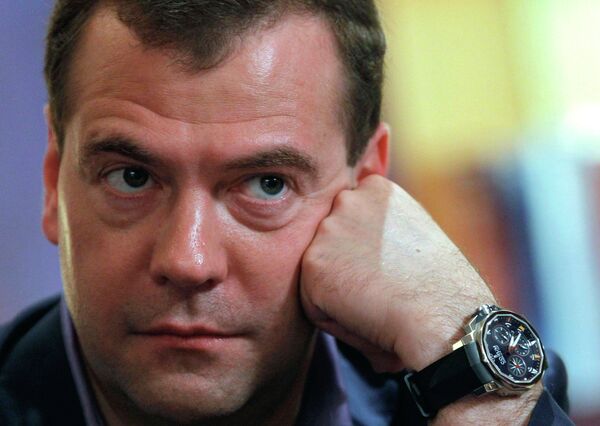 Russian President Dmitry Medvedev has condemned a lack of progress in the fight against drug abuse in the country.

Russian President Dmitry Medvedev has condemned a lack of progress in the fight against drug abuse in the country.

"There have been very few changes for the better despite heightened attention to the issue," Medvedev said during a government meeting in the Siberian city of Irkutsk.

Around 30,000 Russians die from heroin abuse every year, and the country's HIV rate is skyrocketing.

Russia has borne the brunt of the ill-effects of the Afghan drug trade, and officials in Moscow have in the past accused coalition forces in Afghanistan of not doing enough to curb drug production there, which helped to sustain the estimated 2.5 million drug users in Russia.

"In the past five years people have begun taking drugs at the age of 11-12 years. This is a catastrophic level," Medvedev said.

He also gave his backing to legislation now being drafted by the country's Health Ministry that would see schoolchildren and students tested for drugs.

Last year, Russian and U.S. agents destroyed several drug laboratories in eastern Afghanistan. One ton of opium and heroin was seized during the raids.