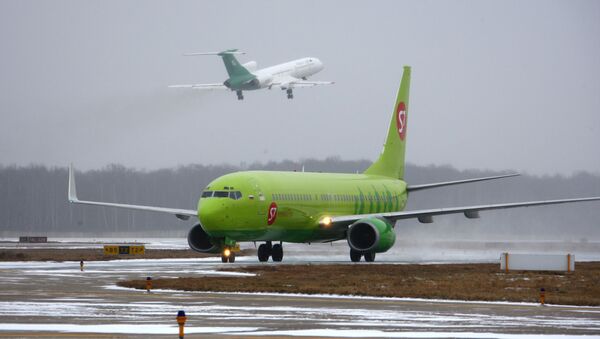 The federal program On Flight Safety of the State Aviation of the Russian Federation for 2011-2015 was drafted and submitted by the Ministry of Economic Development.

The program envisions a gradual reform of the country's flight safety management system through the creation of an advanced integrated data control and exchange network and the development of hardware and software to assist air traffic officials in decision-making processes.

Russia is planning to conduct a technical overhaul of about 300 air traffic control facilities, set up at least five new centers for analysis of air crashes, and install additional monitoring equipment on runways.

The program is geared to significantly reduce the number of aircraft accidents, which would save the state budget up to 15 billion rubles ($500 mln) annually.

The International Air Transport Association said in a recent report that Russia and other former Soviet republics combined had the world's worst air traffic safety record in 2009, with an accident rate 13 times higher than the world average.

According to Russia's Interstate Aviation Committee (MAK), 34 people were killed and hundreds were injured in 24 aircraft accidents in Russia in 2010.

In addition, Polish officials have blamed Russian air traffic authorities for the crash of a Tu-154 plane near Smolensk that killed Polish President Lech Kaczynski and 95 other people in April last year.