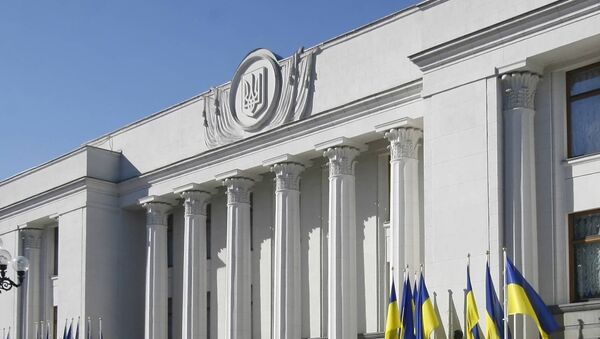 Ukraine's parliament has adopted a law against corruption aimed at improving oversight of not only officials' incomes but also their spending.

Ukraine's parliament on Thursday adopted a law against corruption aimed at improving oversight of not only officials' incomes but also their spending.

The law, approved by 277 members of the 450-seat Supreme Rada, comes into force on July 1, with the requirement for officials to disclose expenditures effective from January 1, 2012.

President Viktor Yanukovych, who proposed the law, believes corruption threatens the modernization of Ukraine's economy. He sent a letter to parliament on Thursday urging lawmakers to approve the bill, saying that corruption has become an "immediate threat to constitutional rights and freedoms of citizens."

Following the president's call, deputies stayed three hours beyond their usual 6 p.m. close of business to vote on the bill.

Since Yanukovych was inaugurated a year ago, several corruption cases have been launched against senior officials in the previous government, including former prime minister Yulia Tymoshenko, who now leads the opposition and says the case against her is political, a charge rejected by prosecutors.