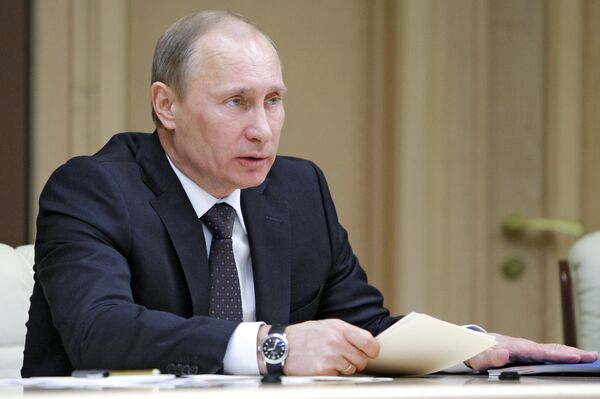 The day after an apparent split in Russia's ruling tandem over Libya, powerful Premier Vladimir Putin's spokesman said on Tuesday that President Dmitry Medvedev's statements were the country's "official position."

Putin - Medvedev's predecessor as president and widely seen as the senior partner in the ruling tandem - likened on Monday a UN Security Council resolution on the imposition of a no-fly zone over Libya to "medieval calls for crusades."

Without directly naming Putin, Medvedev later told journalists that "I think we all need to be careful in our evaluations. In no way is it acceptable to use expressions that in essence lead to a clash of civilizations such as crusades and so forth -- this is unacceptable."

But during a visit by Putin to the Slovenian capital of Ljubljana, the premier's spokesman stressed that the premier's assessment of the situation was merely his "own point of view."

"The announcement by the head of state is Russia's only official position, and one that everyone adheres to," Dmitry Peskov told journalists.

Libyan state television has reported that at least 60 civilians have so far been killed and over 150 wounded in airstrikes by the U.S., France and Britain on Libyan leader Muammar Gaddafi's military capability.